Hello readers and welcome to the 2015 COASM Year End Awards.  I didn't get time to do one of these last year so here's this years one.

I figured we would start with the Best Comic Book and Best Graphic Novel awards for this year so without further ado, let's get started!

There have been a lot of absolutely brilliant comic books by both the small press companies and the indie creators this year so it has been an absolute battle to try to narrow it down to just these three so here they are folks. 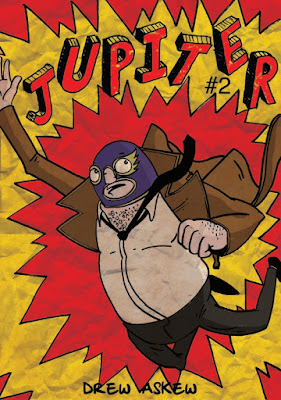 As I said in my review of this superb title, it's always a great surprise to come across a comic book that not only improves with each issue but also manages to keep a unique sense of style and quality in an ever growing indie and small press comic book world.

Jupiter, written by Drew Askew, is one of those titles and if the first two issues are anything to go by, it's just going to get better and better.  In fact it's one of those titles that on paper shouldn't work or at the very least, would end up being a bit of a car crash style series but this tale of a Mexican wrestler turning in to a masked detective ends up being one that grips and amuses in equal measure.

Definitely one to check out. 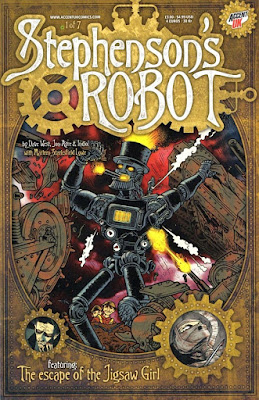 
I'm always a little bit hesitant to review titles that have more than one story in them.  That's because of the simple fact that they are nearly always hit and miss.

However, with the great track record that Accent UK has with their titles, I still managed to go in to this one with some very high expectations and they were more than met by the team here.  All three stories that appeared in this issue were such high quality that Stephenson's Robot: Issue 1 is one of those sorts of titles that you can come back to time and time again but notice something new each time, 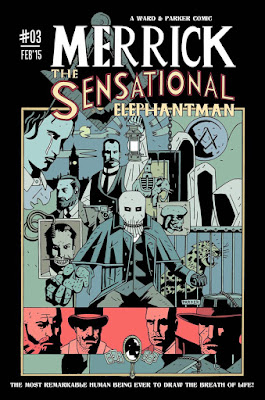 The Merrick series put out by Tom Ward and Luke Parker has been making a hell of a lot of waves in the indie world and rightfully so,  Taking the famous personality of the real life Elephantman himself, as told in the 1980 movie starring John Hurt, and then placing him in an also Hellboy like world has been a brilliantly exciting and successful one.

You would think that a title that has clear influences from Mike Mignola and others would suffer from a lack of originality but that's far from the case here.  In fact, there are a great many interesting ideas in the series that I look forward to seeing more of.

The Kickstarter campaigns for the various issues just seem to get more and more successful with each one and this one was no different.  A lot of that is down to the simple fact that this is by far, the best issue of the series thus far and one that is well deserving of the winners spot on this list so go and check out the series and see just what the fuss is all about,  Believe me, it's well worth it.
Posted by Pat Scattergood at 13:59