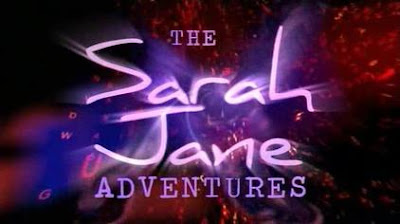 
Investigative journalist Sarah Jane Smith, with the help of her adopted son, his friends, and an intelligent supercomputer, combats evil alien forces here on Earth.

As a bit Doctor Who fan, I'm always a bit weary of the various spin off's that seem to come from the long running shows as they are very hit and miss.  For every great one that comes along, you seem to get two or three that are utterly awful but I was intrigued enough to see where this series would land on the quality scale, especially considering it featured one of my favourite companion characters of all time.

The first couple of episodes of the first season were good at introducing the various characters but there just seemed to be something missing but then it kicked the series in to high gear and there were some absolutely brilliant episodes that not only gripped my little lad but also gripped me as a Doctor Who fan.

The thing that kept the series together for me as a viewer was the simple fact that it not only stood on it's own merits but it was also an entertaining addition to the Doctor Who canon.  There were loads of links to the Doctor's adventures but also some very well written episodes the expanded on some of the lesser known characters and aliens that appeared in the series through the years.

Russell T. Davies has got a great mind for creating much loved shows such as Cucumber, Queer as Folk and many others but I wasn't really sure how his very visceral writing style would translate to a children's show but the transition was seamless.  After seeing his writing here, I really think that Davies could turn his hand to writing anything and it would be entertaining and character driven.

For me, the major plus of the series was quite frankly the beguiling performance by Sladen as Sarah Jane Smith,  She gave the character that spark of energy that made her so popular with fans of the original series but also gave her a mature, sometimes even sad sense of personality to the character after being left on Earth by the Doctor.  It was quite to see her as a character with so many layers instead of just fawning over him and for me, that made the series well worth watching for that alone.

All in all, I don't think it quite matches the brilliance of the Doctor Who series from which it span off from but it is definitely a series that will please fans both young and old.