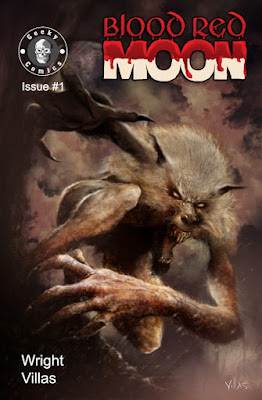 
I know it's been quite a while since the last indie spotlight article on here so be prepared for some great ones coming up.

With that in mind, the first one in this series is going to shine the spotlight on the new Kickstarter campaign by the supremely talented writer Victor Wright. 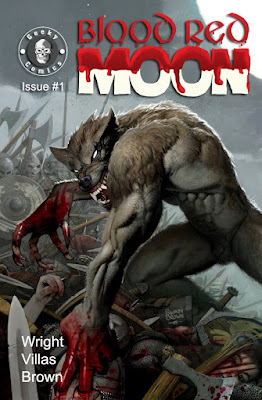 
The British indie scene is one full of variety and full of some incredibly talented people.  The scene is also full of creators that not only create their own titles but also help other creators get their work out there.

One of these such people is Victor Wright, from Geeky Kid Comics.  Known for some very interesting and well written titles such as Exposed and more, Wright has since turned his hand to the often written werewolf title in the shape of Blood Red Moon but what will make this addition to the full genre stand out?

Have you ever wondered what would happen if you could control a werewolf?

If you could raise an army of them, would you keep peace within a hostile world or would you try to conquer it?

Blood Red Moon is about a clan of Viking warriors who capture a werewolf and use him to turn their own people into savage beasts ready for all out war. Forcibly wed into the clan the monster has no alternative other than to obey and he does so – at first reluctantly, but soon he succumbs to the way of the beast realising he can benefit from the ordeal.

Personally, with some superb looking art from Carlos Villas and an alternative cover from Ryan Brown, Blood Red Moon sounds like it will be a rather interesting take on the world of the werewolf.  The addition of the vikings and the creatures interactions with the clan sounds like it will be a superb and different way of looking at just how that would affect their world.

With Wright at the helm, you just know that you are going to get an action packed story but one with characters that will be able to hook you in from the very first page.

Check out the campaign here!
Posted by Pat Scattergood at 08:57