The Missing: Complete Series One Review 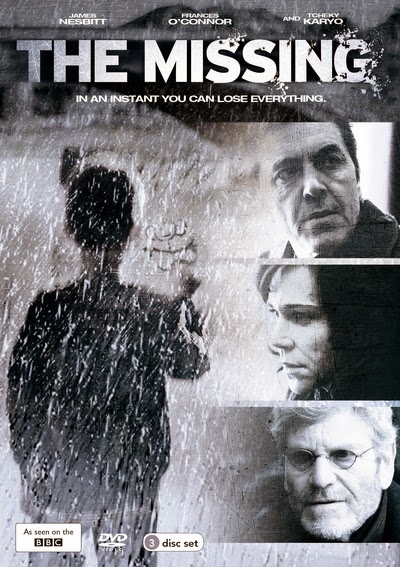 
When Tony and Emily Hughes travel to France with their 5-year-old son Oliver, their family holiday turns into a nightmare when Oliver disappears into the crowd of a busy French street.


The thing that I have noticed about some recent crime thrillers is that the story sometimes seems to outstay it's welcome and drag out the story to such a degree that it feels like it's more filler than mystery.

The Missing, a British mini-series, is one of those sorts of series that starts with a bang and really hooks you in but then it ends with a bit of a whimper and that's a real shame because this series had a lot going for it.

The first four episodes are absolutely brilliant.  The pacing, the way the story jumps from past to present and the twists are all handled in such a way that you can't take your eyes from the screen.  Some of this is due to the fantastic writing that the team have done here and it really shows that they wanted the story to get under the viewers skin and stay there.  That is made possible by some absolutely brilliant performances from the cast here, especially that of James Nesbitt.  He really puts forward just terrifying it would be to be put in his shoes and he does so in such a subtle and emotional way that it feels completely realistic and heart breaking in equal measure.

But then the second set of four episodes, a lot of the hard work seems to come undone.  The flashbacks and the action set in the present day seemed to clash instead of being smooth like in the first four episodes and some of the twists that popped up seemed to telegraphed that it was almost as if they were trying to fit them all in before the end of the series.  That left a bit of a bad taste in my mouth as I had enjoyed the first episodes so much.  The performances kept up at their high level of quality yet the dialogue just seemed to be used as filler or even ended up sounding inane in places.

However, for me, the worst part was the ending.  It just seemed so flat and clumsily written that it really let the series down yet left some of the loose ends hanging there to leave you wondering if there would be a second series.  I feel that would be a mistake as a story like this would definitely work better as a solo series and probably just kept at between 4-6 episodes at the most, not the 8 here as some of the later ones just felt like filler.

All in all, this is still a series that is well worth checking out.  For me, the best part was by far the performance by James Nesbitt.  That was definitely the highlight of the series for me and made it worth watching.