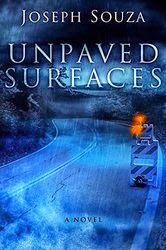 
Enter into the life of an ideal family—Auggie is a happy nine-year-old boy whose father, Keith, loves him more than anything. Keith’s life seems ideal—until one day Auggie vanishes. A year has passed since Keith’s son disappeared, and he’s haunted by glimpses of his son appearing in his small Maine town.

With the investigation at a dead end and his family paralyzed with grief, Keith worries that he's losing his mind. In a thrilling twist, the case turns in a new direction—a direction that could either heal his family or tear them, and the rest of the town, apart.


As a fan of Joseph Souza's books, I have to admit that I know him more for his horror work than his crime novels.  That said, his horror novels always seem to have really memorable characters and lots of twists to keep the reader guessing all the way through.  With that in mind, I was lucky enough to get to take a peek at his new book but how would it match up to his others?

Well, I have to say one thing.  Wow.  Even that doesn't cover it.

As a parent myself, the idea of losing a child is one that would fill me with absolute dread and that dread here is delved in to in great and well written detail.  The flashes we get of what goes through the characters minds while investigating the disappearance is so well done that you can't help but be sucked in to their lives and even want to help them along.

The idea of the father getting glimpses of his son is a great twist on what could have been a retread of a lot of the crime books out there.  In fact, in a lesser writers hands this may have come across as little more than shock value but in Souza's hands, it really gives the story an emotional core that makes the story itself absolutely gripping.

One of the problems that I have when reviewing crime novels is that I want to take about how clever the twists and turns are but if I was to do so, it would be a massively spoiler heavy review.  However, in Unpaved Surfaces, if you are looking for a novel with twists that will mess with your head until the end of the novel then this is definitely a book that you will want to pick up.

The characters are well rounded and one of the things that I liked the most about this book is the simple fact that there were reasons for every action.  I liked that simply for the fact that it made them feel like read people and when you combine that with the emotional side of the book that I mentioned earlier, it really will end up being one that you don't want to put down.

If you only know Souza's work from books such as The Liger Plague then you may be quite surprised with his book because while it shares similar traits style wise, it almost felt like it was written by a different person because it came across as written with a complete ease and almost lyrical flow.  That is the mark of a very talented writer and Joseph Souza is that and more.