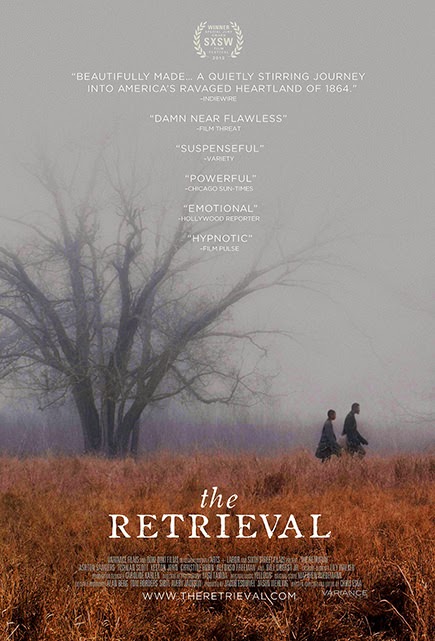 Written and Directed By
Chris Eska


On the outskirts of the U.S. Civil War, a boy is sent north by his bounty hunter gang to retrieve a wanted man.

With the likes of Django Unchained and 12 Years A Slave being such big hits, there have been quite a few movies that have been brave enough to tackle one of the most controversial periods in American history recently.  Some have gone the revenge / violence route and others have gone a more personal route so I was wondering where this one would fall.

Well, after watching this one, one thing struck me the most.  This movie is not like Django Unchained or even like 12 Years A Slave.  It's much more subtle and moving, even hauntingly beautiful in places.

For me, the strongest part of the movie was by far the story taking a look not at the situation surrounding the slavery itself but taking a slow, deliberate look at the lives of the main characters and the choices that they have to make during the course of their journey.  As the movie moves on, it becomes more of a morality play that a look at where's, what's and why's.

With such strong writing and pacing, there has to be an incredibly strong and talented cast to be able to pull off such an important story and  that is exactly what we have here.  I have to admit that out of the cast I was only familiar with Bill Oberst Jr.'s work in the many horror movies that he has been in but here, he plays the part of Burrell with a quiet and subtle that his performance really will stay with you long after the movie has ended.  Considering the fact that compared to the rest of the cast he isn't in nearly as many scenes as they are yet his portrayal hangs over the movie and that helps to give it a sense of dread or even forboding that makes the movie tense and completely gripping.

That said, with two brilliant performances from Tishuan Scott and Keston John being the linchpin of the movie itself, the story definitely belonged to the performance by Ashton Sanders as Will.  Equal parts childlike and heartfelt, his performance is one of assured beauty and kindess yet confusion as well as he struggles to come to terms with the decision that he will have  to make during his journey with Marcus and Nate.  The innocence that he gives the character while portraying a sense of the young lad feeling haunted by the things that he has seen and done during his short life is nothing short of masterful.  Sanders will definitely be a name to keep an eye out for.

I don't really give many movies such a high rating but I honestly feel that not only does this movie deserve it but I would class it as essential viewing.  The movie gripped me for the entire runtime and even moved me to tears more than once.  A beautiful, touching and amazingly acted movie that if you get the chance to see, you should drop everything and see it.