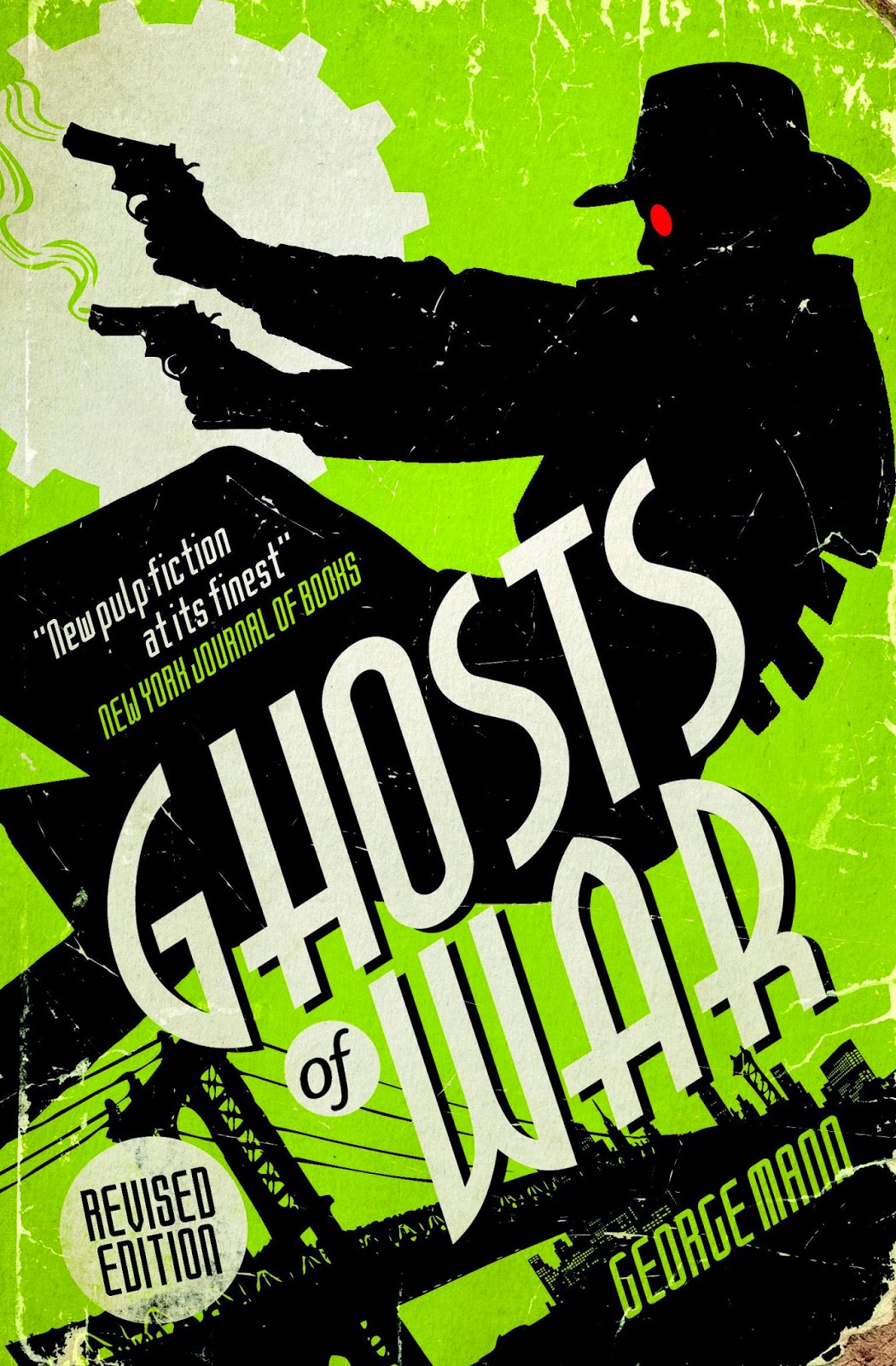 
New York City is being plagued by a pack of ferocious brass raptors attacking people and carrying them away into the night. The originator of these skeleton-like creations is a deranged military scientist, who is also part of a plot to escalate the cold war with Britain into a full-blown conflict. He is building a weapon – a weapon that will fracture dimensional space and allow the monstrous creatures that live on the other side to spill through –and only the Ghost and his unlikely allies can stop him.

As a George Mann fan I have to admit that I love the way that his novels can straddle many different genres while still staying utterly unique.  His Newbury and Hobbes novels have resparked my interest in the steampunk genre and his Doctor Who stories really show a love of the characters.

Last year I reviewed the first book in this series entitled The Ghosts of Manhattan and despite some very hit and miss reviews doing the rounds, I really enjoyed it and couldn't wait to see more adventures featuring the characters.

This second novel, a revised edition from the version released in 2011, continues the adventures of Mann's anti-hero.  The first book had a great pace and some amazing revelations thrown through out the novel and did a great job of setting the ground work for the personalities of the characters themselves.  Here, the pace is ramped up and the story, while still having it's subtle moments, is a lot more 'balls to the wall' than the first novel.

I have read a lot of the reviews of this novel and it appears to have divided fans of Mann's work.  Personally, after reading it, I found this one to be an exciting, fun and twist filled book that really makes me excited about getting to see a third installment to see just where Mann is going to take his characters from here.

There were some moments where the action did take a turn in places that would have come across as a little bit silly in a lesser writers hands but Mann does a great job of making the things happening on the page feel like they would be completely at home in the world that he has created for the characters to inhabit.  His take on the alternate history genre is an interesting one.

If you want to read a gripping, exciting and fun steampunk mash up of a book that features roof top battles between a cynical anti-hero and robotic killer gargoyle style creatures then this is most definitely the book for you.  I, for one, can't wait to see if there are going to be more installments in this run series.