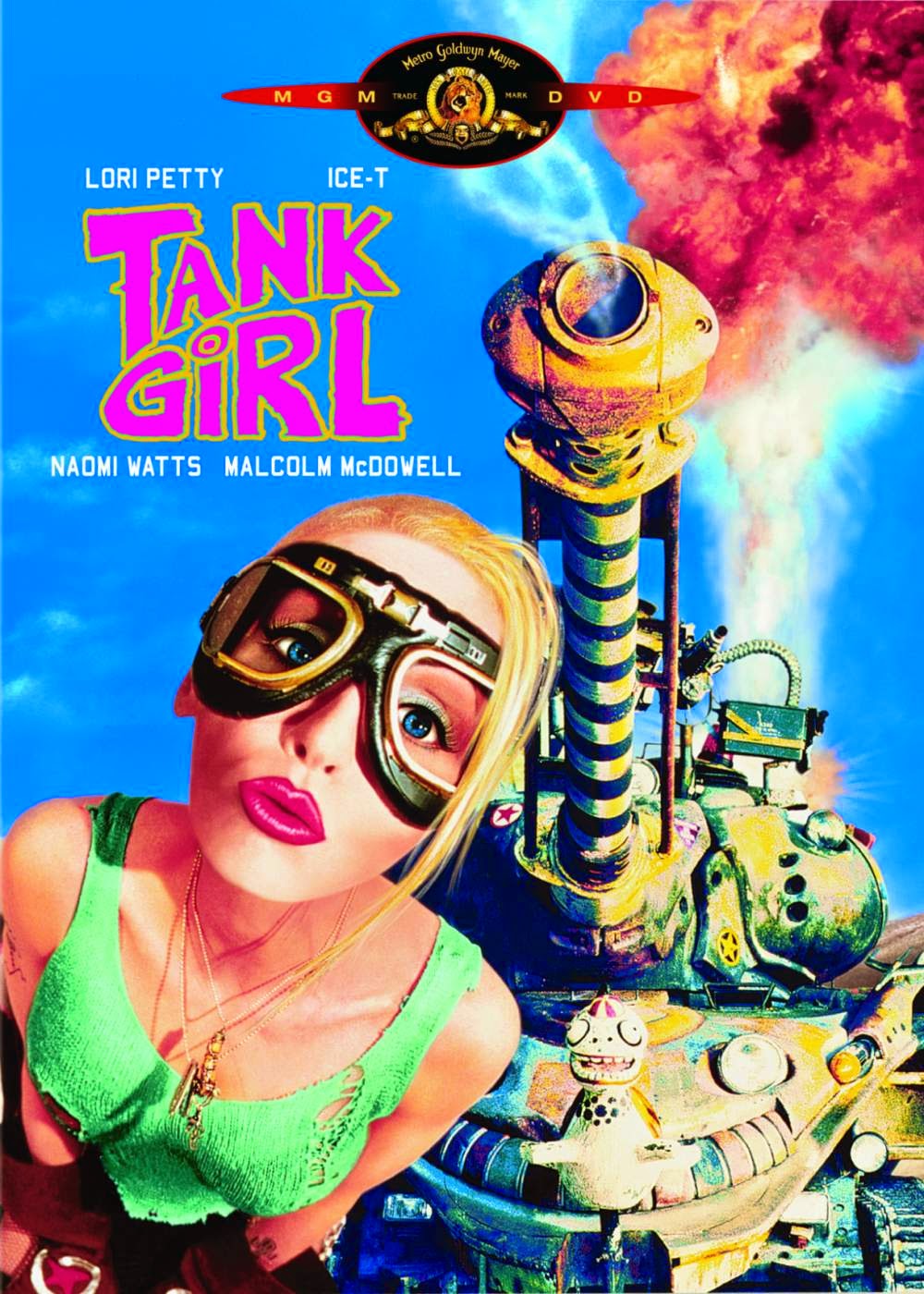 Based on the Comic Strip By
Alan Martin
Jamie Hewlett


In the year 2033 Earth lacks one vital commodity - water. The only water available is the property of one company headed by the ruthless Kesslee.

Tank Girl and her army aim to change all of this by the use of charm, wit and other attributes. She sets out with her friends to liberate the water supply and to have a blast...


I have to admit that I hadn't seen this movie in a very long time.  Not since I was a teenager in fact so I thought that it would be something different to watch on a Valentine's Day evening rather than sticking to the normal romantic stuff.

When I watched this movie growing up, I was struck by the loud and bombastic tone of it.  It then led me to check out the comic books and I was hooked from then.

After watching it now, it made me realise that the mind can sometimes make things seem a lot better than they really were.  It was the same with this movie and that's a real shame.  With an older set of eyes on the action, I have to say that there were some really good ideas behind some of the action and the scenes but the execution of it all left a lot to desired.

One of the main problems with the movie is that while it shares the characters names but the tone of the comic books just didn't seem to be there.  The movie is fast paced, frenetic and at times, really quite funny but I just couldn't get in to it.

Cast wise, a lot of the performances really didn't have the energy that you see on the comic book version.  Malcolm McDowell is his normal menacing yet slightly odd ball self and Lori Petty is absolutely bonkers as Tank Girl, literally bouncing off the walls as she chews the scenery.  The rest of the cast however seem to just be going through the motions.  Naomi Watts as Jet Girl seems to be a mix of bored and embarrassed throughout the movie and really didn't bring the character to life.  The less said about Ice T's performance the better.

The soundtrack to the movie really does a good of setting the scene for the action.  Ranging between Portishead and Bjork to Courtney Love, the music is the one thing that did impress me about the movie.

All in all, this was a trip down memory lane that really didn't meet the expectations that my mind had set up for it.  That's a real shame.  It's not the worst movie ever made by a long shot but as far as comic book adaptations go, it's one that is definitely more hit than miss.