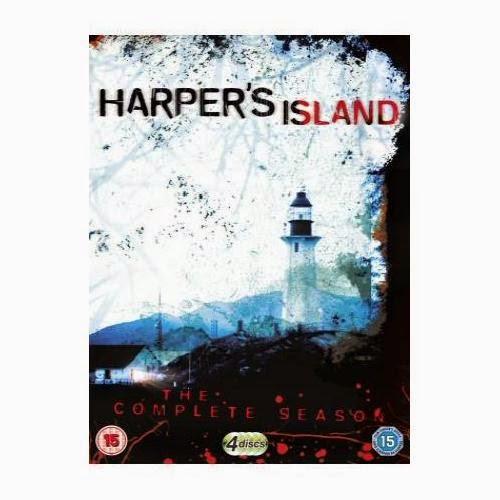 
A slasher-inspired drama, this series is about a group of friends and family who meet to celebrate a wedding on an island just outside Seattle - an island that is famous for a streak of unsolved murders seven years ago...

Suspense ensues when they end up dead one by one. Has the killer returned or is someone else to blame?


I have to admit that I bought this series on a whim after being given a voucher to spend on a website.  I had a little bit left on the voucher, saw this series cheap and figured it sounded interesting enough to want to give it a go.

The idea of a slasher killer on a remote island picking people off one by one isn't a new idea in the slightest.  In fact, it's a road that has been walked down so many times that it is nigh on impossible to not fall in to the cliches that a lot of entries in to the genre have fallen in to.

Harper's Island is a series that attempts to tackle that problem head on but still give enough of a nod to the slasher movies that they know the horror fans love so much but did they succeed in that?

Well, yes and no.  The series started really well.  The pacing and the quick back and forth sequences in the first couple of episodes worked really well and gave it an almost 80's feel with the killings.  As a horror fan, I loved that about the show.  In fact, that was one of the things that hooked me in.  With nobody safe in any of the episodes, it really did leave you wondering just who was going to be next and if, in fact, any of them would survive.

Then about halfway through the series the momentum appeared to stall slightly and it almost felt like they were dragging out the reveal just for the sake of it instead of doing so to add more tension.  Don't get me wrong, the series was still good at that point, it's just that there started to be moments where the action just seemed to be little more than filler.

The cast do a good job of making the characters more than just cannon fodder for the killer here.  It is true that a couple of the performances did border on melodramatic at times but at the same time, they were a lot better than some of the performances that I have seen in movies with a much higher budget so fair play on that count.  On a related front, the lady named Katie Cassidy who played Trish, went on to play Laurel in the Arrow series.

All in all, this is a good television series for the slasher fans out there.  It doesn't break any new ground and the reveal of the killer felt a little off but at the same time, it is still worth a watch.