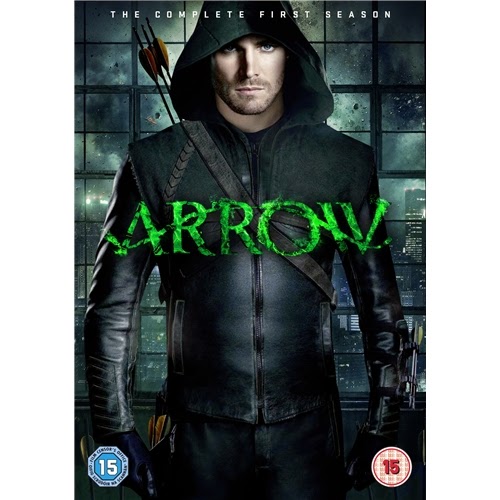 Based on the Character Created By
Morton Weisinger


After being marooned for five years on a remote island, billionaire Oliver Queen returns home with a mysterious agenda and a lethal set of new skills that he uses in a war on crime in this hard-hitting action series. Reinventing the DC Comics character for a modern-day audience, the Arrow is not a superhero... but a hero - every bit as dangerous as the criminals he's hunting. After suffering unimaginable ordeals on the island, the Oliver returns to Starling City a new man - determined to right the wrongs of his father and sworn to bring justice to those who've corrupted his city. But Oliver finds his crusade complicated by his friends and family.

Overjoyed by his miraculous return, the Queen family nevertheless still trades on secrets that conflict with the Arrow's agenda. Oliver's return also affects his best friend, Tommy Merlyn, who will ultimately travel down a dark path; and the love of his life, Laurel Lance, who must somehow forgive Oliver before she can ever love him again. A dark and dangerous crime procedural with edge, intrigue and action, Oliver's story will be told from three perspectives: the Queen family, Oliver's harrowing ordeal on the island and the Arrow's adventures in Starling City.

Showing all facets of the mysterious loner, this action drama follows the Oliver that disappeared, the one that returned and the one known as Arrow.


I have to admit that while I did read a lot of the Green Arrow comic books, I wasn't a massive fan of the character and just couldn't really get in to them all that much.  To be honest, I was surprised when they chose Oliver Queen as the next DC character to get his own television show.  That said, I'm a superhero fan so I figured I would give it a go.

Normally adaptations of comic book characters can go one of two ways.  They change things and the character falls flat.  Catwoman, Elektra, I'm looking at the two of you there.  Other times, the changes not only work but they improve upon the source material and that is exactly what has happened here.

The first two episodes, while good, just didn't hook me in as much as I thought they would.  Maybe that was down to my indifference of the comic book version of the character but for me, they didn't have that "wow, I need to watch the next episode" factor that I like from my shows.  That said, I knew it would take time to settle so I kept with it and I am very glad that I did.

The stories themselves are brilliant.  The way they bring in both major and minor DC characters but in their own unique to the show style is utterly brilliant.  They don't look like the ones you may know about from the comics yet they seem the same.  A lot of that is down to the subtle and well thought performances by the cast.

This is definitely the Stephen Amell show however.  His performance as Oliver Queen and his alter ego Arrow is extremely subtle, sympathetic yet heroic as well.  You really can see the character grow as the series progresses.  The same could be said about the rest of the cast as well.  The one weak character for me however is that of Thea Queen but she did start to offer more layers near the end of the series so I'm quite eager to see where the character is going to be taken next.

All in all, this is a superb first season.  The characters are well thought out and gives the series a great grounding for the second season to take off from so this is one show that is worth sticking with.  The last couple of episodes of this series really do show a series firing on all cylinders