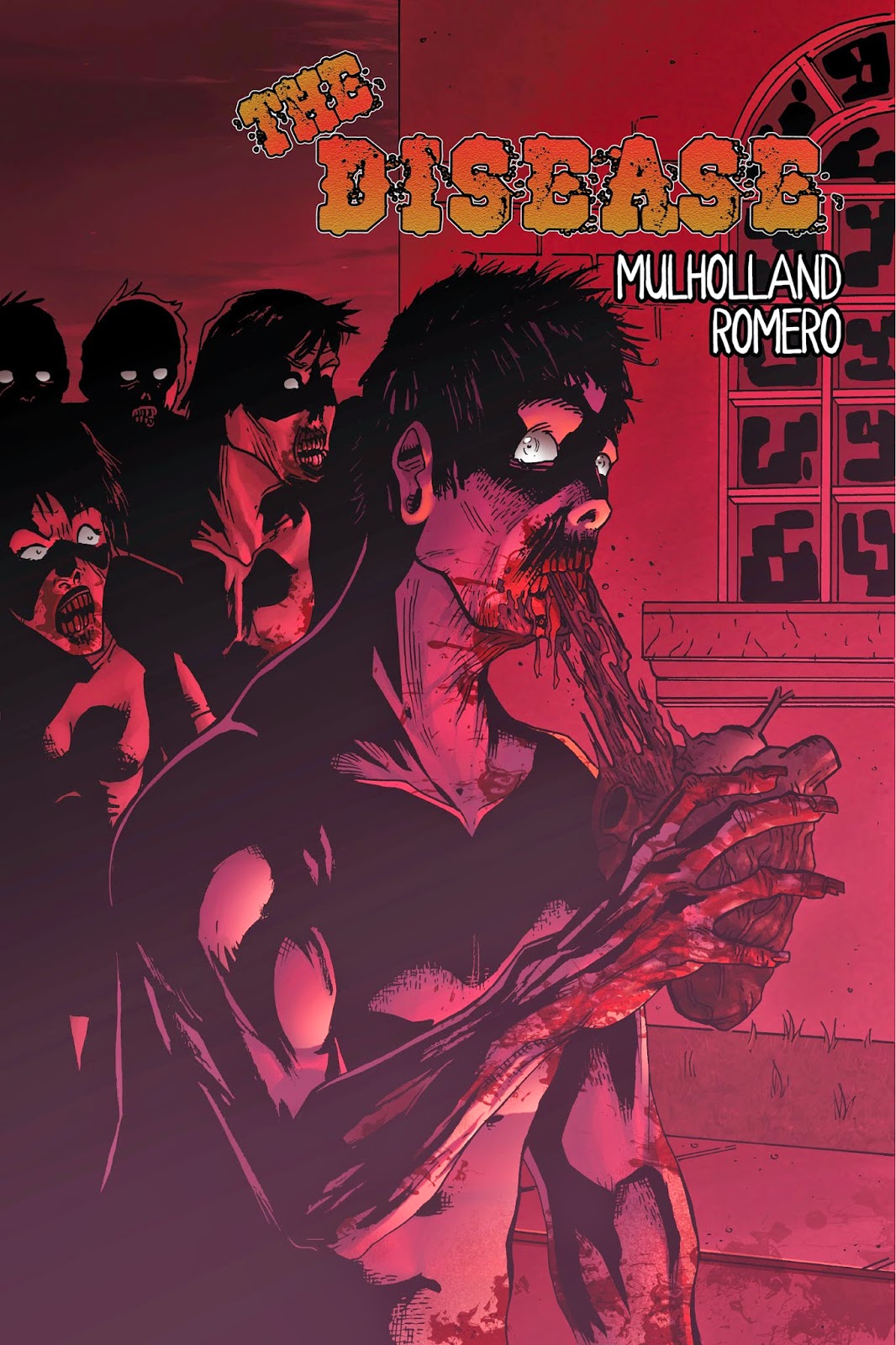 
An elder man, GERRY, wakes up in the attic of his Irish countryside house. But when his family isn’t around, he wanders outside his house into an Irish town, where the unknown is awaiting him.

As both a massive zombie fan and a zombie writer myself, I love to find new and interesting takes on the well used genre.  When I saw that James Mulholland, a very talented Irish writer, was going to take a stab at a zombie story then I couldn't have been more excited.

After reading The Disease I have to admit that one thing struck me.  At 32 pages, the length really shouldn't give a lot of time to the development of the characters themselves but Mulholland's writing more than does it justice.

The story starts with the main character waking up in a broken down house, trying to piece together just what is going on around him.  The writing really does a superb job of not only creating a sense of fear and dread but there's also a real sense of paranoia running through the story as well.  The best way to describe the story is that it really gets under the skin as you read it.

Pacing wise, the team here have done a great job of starting off in a relatively subtle start but then seriously ramping up the tension.  You feel like there shouldn't be a lot of development during a one shot story of this length but then a moment comes during the story and it hits you hard, making you realise that you have started to care about him.  The emotion around the revelation really gives The Disease an emotional core that would otherwise be missing.

Art wise, the start black and white art really does give the story a gritty and grimy feeling.  That's most evident in the scenes where they show the creatures attacking.  It does a good job of showing the horror of what is happening but without going overboard with the guts and gore, which is a welcome change.

The striking cover really gripped me in and I was kind of hoping that the rest of the book would have been in the same style but on the other hand, I feel like if that had have happened then the story would have lost some of the dread and fear that the black and white art builds up so well.

All in all, this is definitely a great title to add to any zombie story lovers collection and well worth picking up.  I, for one, can't wait to see just what Mulholland and his team are going to throw our way next.

The Disease is available from here.
Posted by Pat Scattergood at 10:53