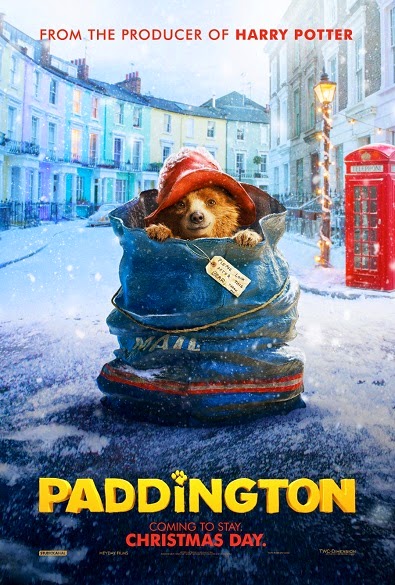 
A young Peruvian bear travels to London in search of a home. Finding himself lost and alone at Paddington Station, he meets the kindly Brown family, who offer him a temporary haven.


As a long term fan of the novels by Michael Bond, I was a little hesitant when they announced that they were going to make a live action movie based on the famous bear.  As with a lot of things, I was worried that they would take a well loved character, attempt to update it for the modern world but then ruin it.

After watching this one, I can honestly say that this is definitely one of the best attempts at a modern take on a classic children's character that I have seen in a long time.

One of the things that I noticed the most is that while watching the movie itself, it took me back to the days of my childhood when I grew up watching movies like Beethoven and other such films that would have enough excitement to keep the children happy yet have a nice emotion during the story as well.

I really like the beginning of the story where Paddington himself would learn to speak English using some old recordings that were left by an explorer that had come to 'Darkest Peru' and discovered Paddington's aunt and uncle.  This was the first thing that really impressed me.  The casting of Michael Gambon and Imelda Staunton as the voices of the two elder bears.  They really gave the bears a real sense of grandeur and class, which really made the relationship between them and Paddington feel realistic and loving.

The rest of the cast really do bring the characters to life superbly.  Hugh Bonneville and Sally Hawkins work brilliantly well together and felt like a true couple.  The interplay between them and Paddington, voiced memorably by Whislaw, gave the movie some truly beautiful moments.

However, this isn't a perfect movie.  Nicole Kidman, while giving an enthusiastic performance as the villain of the movie, just seemed a little out of place.  She wasn't terrible but the way she played the character made it feel almost like she had come from a different movie and stumbled in to this one.  The other thing that bothered me slightly is that Peter Capaldi's character of Mr Curry seemed to be almost surplus to requirements.  He seemed like he was just there to give Nicole Kidman's character a foil almost.  He didn't even get a moment during the finale at the end of the movie as well and that seemed like a real shame and a missed opportunity.

All in all, this was a much better adaptation that I could have hoped for.  The performances were really good and gave us the memorable characters that really harked back to our childhood's where we grew up reading the books.  This one is definitely one well worth taking the little ones too and there are even a lot of moments for the older children inside of us too.

Posted by Pat Scattergood at 14:40