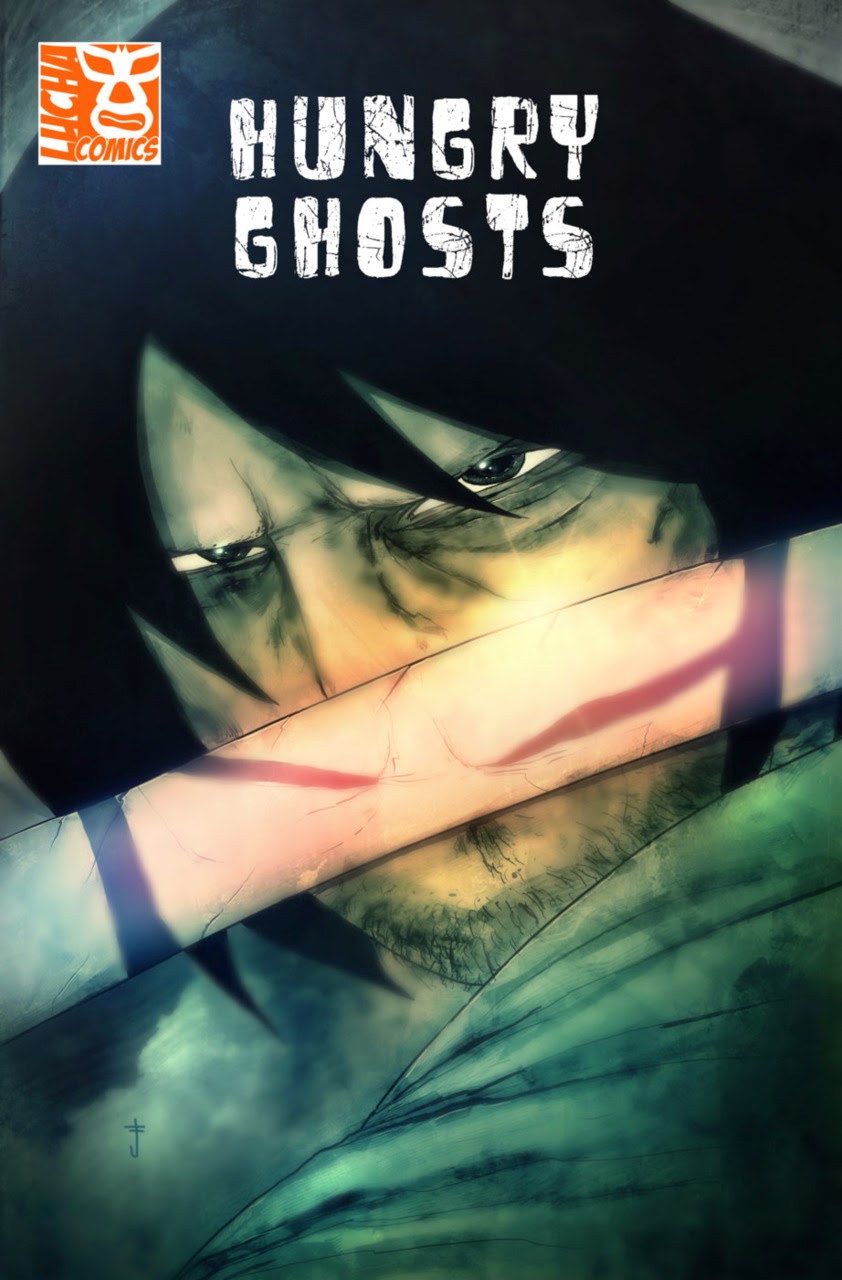 
Japan, the mid-15th century, in the province of Kai. Things are about to get interesting…


I have to admit that I wasn't all that sure what to expect from this title but after seeing the cover for issue one, I was very intrigued.

I've always loved stories set in Japan.  Didn't matter if it was sword fits, magic, martial arts or even romance.  Stories set in historical Japan always fired my imagination so when I was offered this one to review, I couldn't wait to read it.

The thing that struck me the most about the two issues I was sent was the artwork by Lariveiere.  It seemed to have an almost other worldly feel to it, almost like it was set in the real but with something sinister hanging over it.  I loved just how the feeling of something big coming in the future was brilliant put through by the art work.  Equal parts beautiful and spooky, the art here really gave the story a feel almost akin to the old movies I grew up watching.
Story wise, the tale takes on an almost 'slow burn' approach.  You're told just enough to get your imagination going before the action really hits the page.  That's not to say that it's all action and no character.  I have to admit that I would have liked a little bit more character work in the first issue, enough is revealed in these two issues to make me want to get my hands on to the third installment.

Pacing wise, the writing team really have done a good job here.  The characters are introduced in a nice way, especially in the first issue, and a little more of their back story is revealed as they embark on their journey.  There were a couple of moments where the dialogue seemed a little heavy handed at times but not to the put of distraction.  I've always been a fan of the 'less is more' approach to dialogue but that's just a personal taste.

All in all, these two issues are well worth picking up.  The historical setting of the story really adds to the feel of the story and I was especially impressed with the pacing.  The team of Park Cooper and Barbara Lien-Cooper work really well and if this story is anything to go by then there are going to be some big surprises in store for their characters.