Nativity 2: Danger in the Manger Review 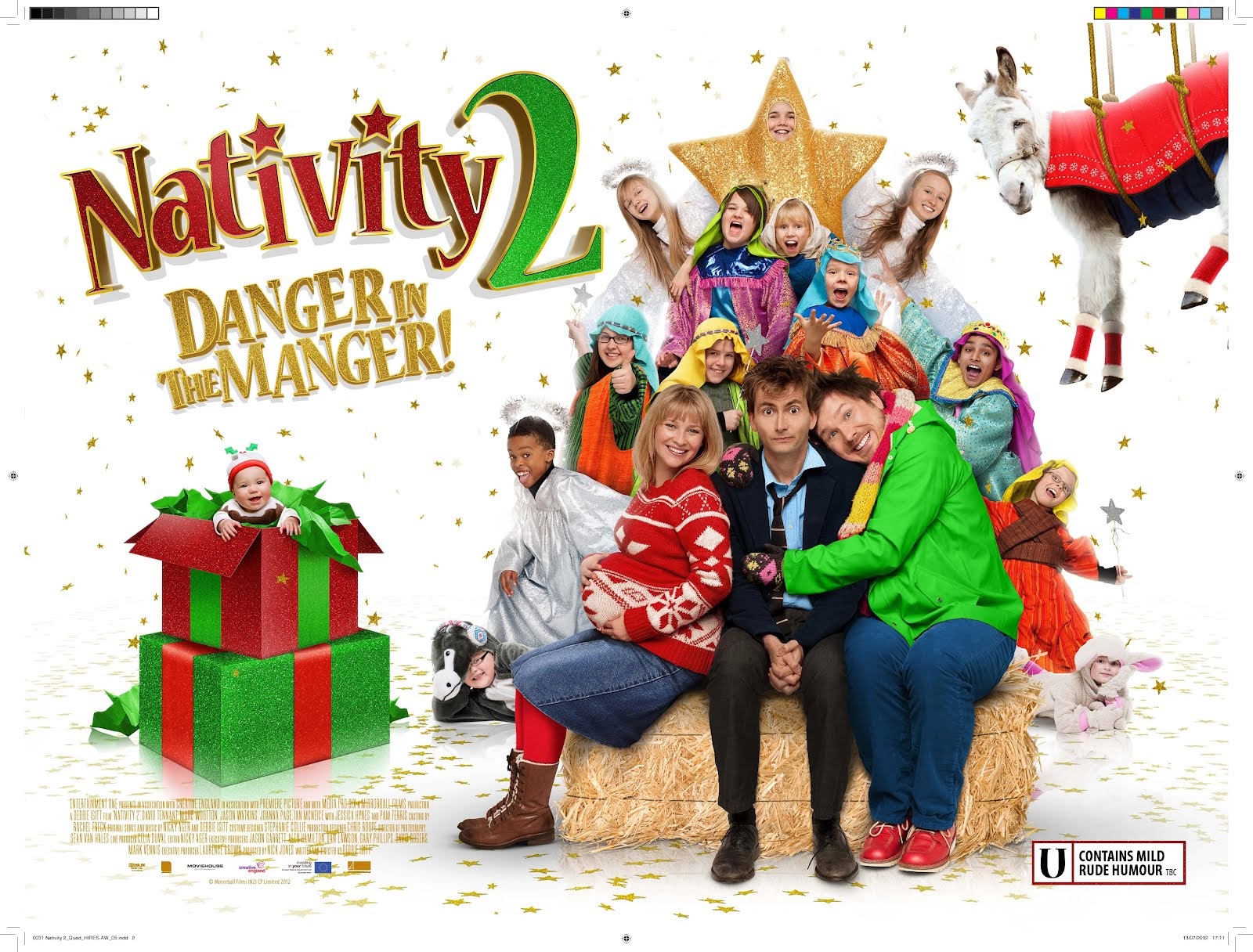 Written and Directed By
Debbie Isitt


This sequel to the popular British comedy sees a new teacher (David Tennant) take over. When he enters his school in the National 'Song for Christmas' Competition, he and his pregnant wife, and the schoolchildren, embark on an epic road trip that ends up with a birth and a donkey, where he must embrace his fears and become a hero.


I've got to admit that I've not seen the first movie so I wasn't sure if I'd be a bit lost with this one but decided to give it a go after seeing that David Tennant and Jessica Hynes were involved.

One of the things that struck me the most with this movie was the simple fact that it seemed very similar to the Jack Black fronted School of Rock movie but with a choir instead of a rock band but that didn't really put me off.

Nativity 2: Danger in the Manger! is one of those movies that you really can't take at all seriously.  It has a great cast and, in the best Christmas tradition, is utterly silly in places and charming in others.  There were some massively awful reviews for this one but I really don't understand why.  It's not exactly going to win awards but for a seasonal movie you could do a lot worse.

The main cast play off of one another really well.  I loved the touch of Tennant playing both the brothers and the character of Mr Poppy is in equally parts funny and annoying but really pokes at your inner child so to speak.

It was nice to see Jessica Hynes reunited with Tennant after their time in Doctor Who and Pam Ferris was a cynical and sometimes sarcastic delight as always but it's the children here that definitely rule the movie with an iron fist.  They provide some of the movies funniest moments as well as some of the more touching ones too.  The side story of one of them not talking because he'd lost his father was very well done and that led to some really emotional moments with the Mr. Poppy character.

All in all, I wouldn't say that this is a great movie by stretch of the imagination but it's nowhere near as bad as some of the reviews make it out to be.  The cast do a good job of keeping the movie grounded and the children alternate between being adorable and hilarious.  The similarities between this and School of Rock are there but not enough to take away from what is otherwise a fun and silly movie.