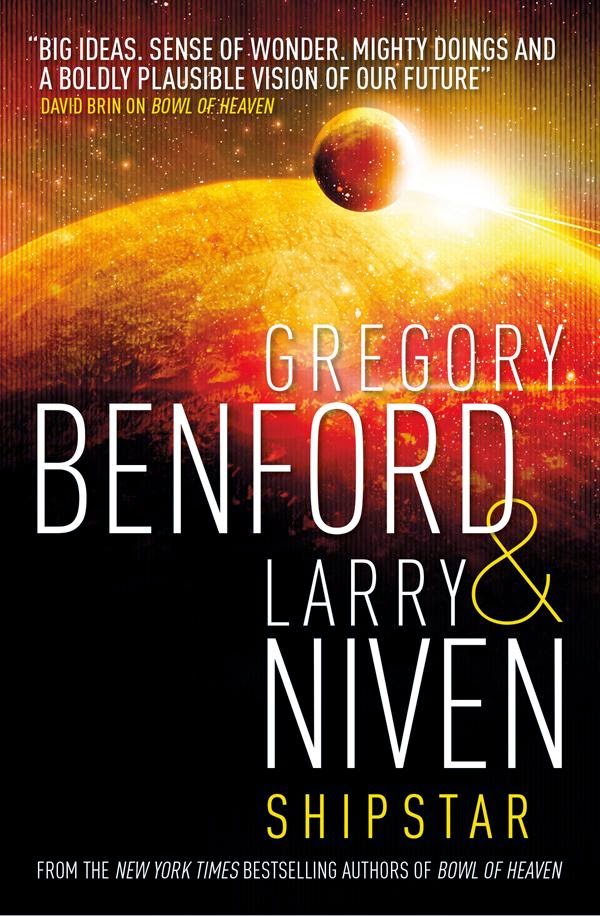 
When the crew of the SunSeeker investigates a gigantic, bowl-shaped object with a sun at its center, their landing party is split into two groups.

One is captured, while the other is pursued across a deadly landscape.  Both seen to unravel the mysteries of the gargantuan artefact known as the Shipstar.

To survive they must escape the alien inhabitants known as the Folk.  What they discover along the way will transform the way mankind understands its place in the universe.


With two writers such as Niven and Benford involved in creating a novel, or in this case the second in a series, then the reader is bound to go in to it with incredibly high hopes.

Their first book together was both well written and a bit of a disappointment at the same time.  The best way to describe it would be that the pieces were all there for a truly fantastic novel yet for some reason they just didn't gel as much as they sort have done.  That said, would their second collaboration be better?

The story itself is sound in that you can get sucked in to the tale itself.  The world that it was created in the first novel feels immense and never ending.  I loved that about it.  You just couldn't wait to see what was going to turn up around the next corner but that was also one of the main flaws in the story as well.  There were long moments where they seemed to be setting up for something huge then loads of things would happen in a really sort period and it just felt like it was crammed in.

Another thing that bothered me was that while Niven and Benford are known for their well written and detailed stories, they took it a little bit too far here with long sections describing the engineering of the ship itself or the biology of the aliens. It's said that sometimes less is more and that's the case here.  Less would have worked better because it's sometimes more successful if you leave more parts up to the imagination of the reader.

The history of the bowl makers came across as a little bit out of place and sometimes even too preachy for it's own good.  That's a real shame because there were some wonderful ideas behind it that should have really made the story unmissable but it just didn't work here.

All in all, with the two writers involved, I expected a story that not only flowed better but would also engage me as a reader more.  Don't get me wrong, what we have here is well written to some extent but it just doesn't come together as much as it should do and that's a shame, especially for Niven and Benford fans.