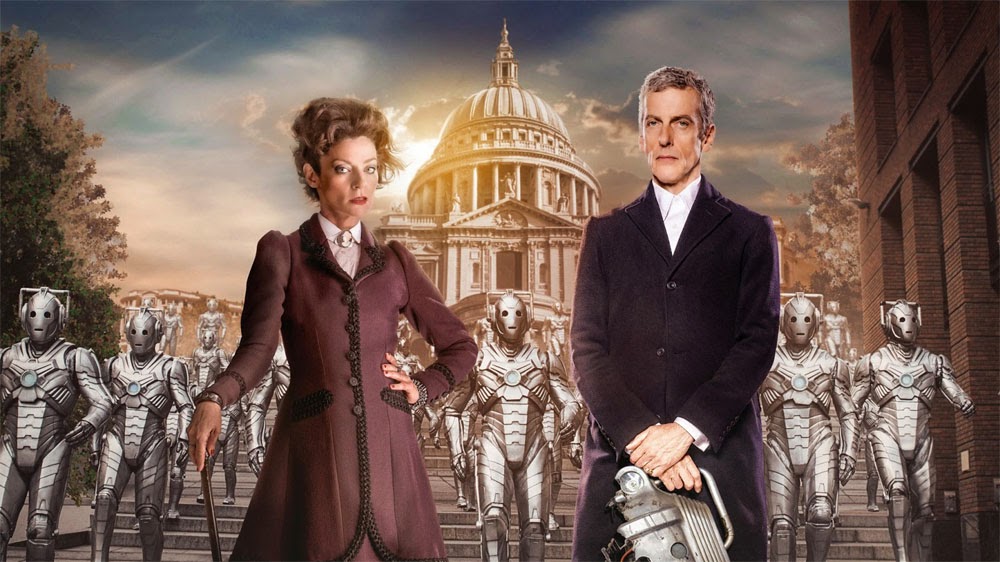 
In the mysterious world of the Nethersphere, plans have been drawn. Old friends and old enemies manoeuvre around The Doctor, and an impossible choice is looming over him.


This series of Doctor Who has divided a lot of fans.  With Capaldi's angry, almost cynical take on the legendary character harks back to the old school versions such as Tom Baker, William Hartnell and more.  I have loved that.  The younger fans that got in to the show through Eccleston, Tennant and Smith have felt a little alienated by this new version and that's a real shame because they have been missing out.

I must admit that some of the writing hasn't felt like it was up to Capaldi's powerhouse performances and because of that, it felt like the character was overshadowing the show itself and the stories that they were involved with.  Then the series really ramped itself up with the run in to the last two episodes.

With Dark Water, the first part of the two part season finale, we are started off on a road that will lead to insanity, tragedy and heartbreak for the characters and it felt absolutely hooking.  A couple of moments in the episode did feel like they were tacked on but I really enjoyed it.  Then we came to the shocking ending of the episode where it's finally revealed just who Missy really is.  That's alienated quite a few fans but I felt that it wasn't all that shocking yet for me, it worked because of Gomez's absolutely bonkers performance alongside Capaldi's elder statesman performance.  They really did bounce off of each other in such a way that you couldn't take your eyes off of them whenever they were on screen.

We are also treated to a bit more of the character of Danny Pink.  Pink, I feel, was a bit a wasted character in that we weren't really given all  that many reasons to get behind him as a character.  That said, it was a good way to keep the character of Clara grounded throughout the series but I just wish they had done a little more with him.  Here that changes a little in that we see more of his backstory and just why he acts the way he does about his past.

That's when we are thrown head first in to the second part and I was absolutely blown away by it.

Gomez ramped up the crazy so much that it little flew off the screen and her interactions with Capaldi as The Doctor were beguiling and I couldn't take my eyes off of the pair of them.

The story moves along at a cracking pace kept me on the edge of my seat all of the way through it.  I have to admit that this is one of the best finales for the series that I have seen in a long time and Moffat really did a good job of not only including the dark side of the story and the heartbreak but also gave us some insane moments of humour (such as Missy singing to the tune of "Oh Missy you're so fine, you're so fine you blow my mind...) but also some really beautiful moments of looking back at the past versions of the show.  My favorites being the links to the Smith era, where some loose ends are brilliantly tied up, as well as some links to the classic era.

All in all, this is honestly one of the best finales I've seen since the series was reborn under the eyes of Davies and Moffat.  There is so much for the long term fans that you will be hooked in trying to notice them all.  It's definitely one of the darkest finales I've seen, this isn't a fairytale with a happy ending.  Far from it.  There is no happy ending here.  Instead there is heartbreak and tears yet you can't help but think you've not seen the end of the characters that have gone knowing Moffat.

Definitely well worth watching.  I especially loved the previews for the Christmas episodes.  It felt a little weird having who Nick Frost is playing revealed after such a heartbreaking ending but I'm curious as to how it will link up to what happened here.