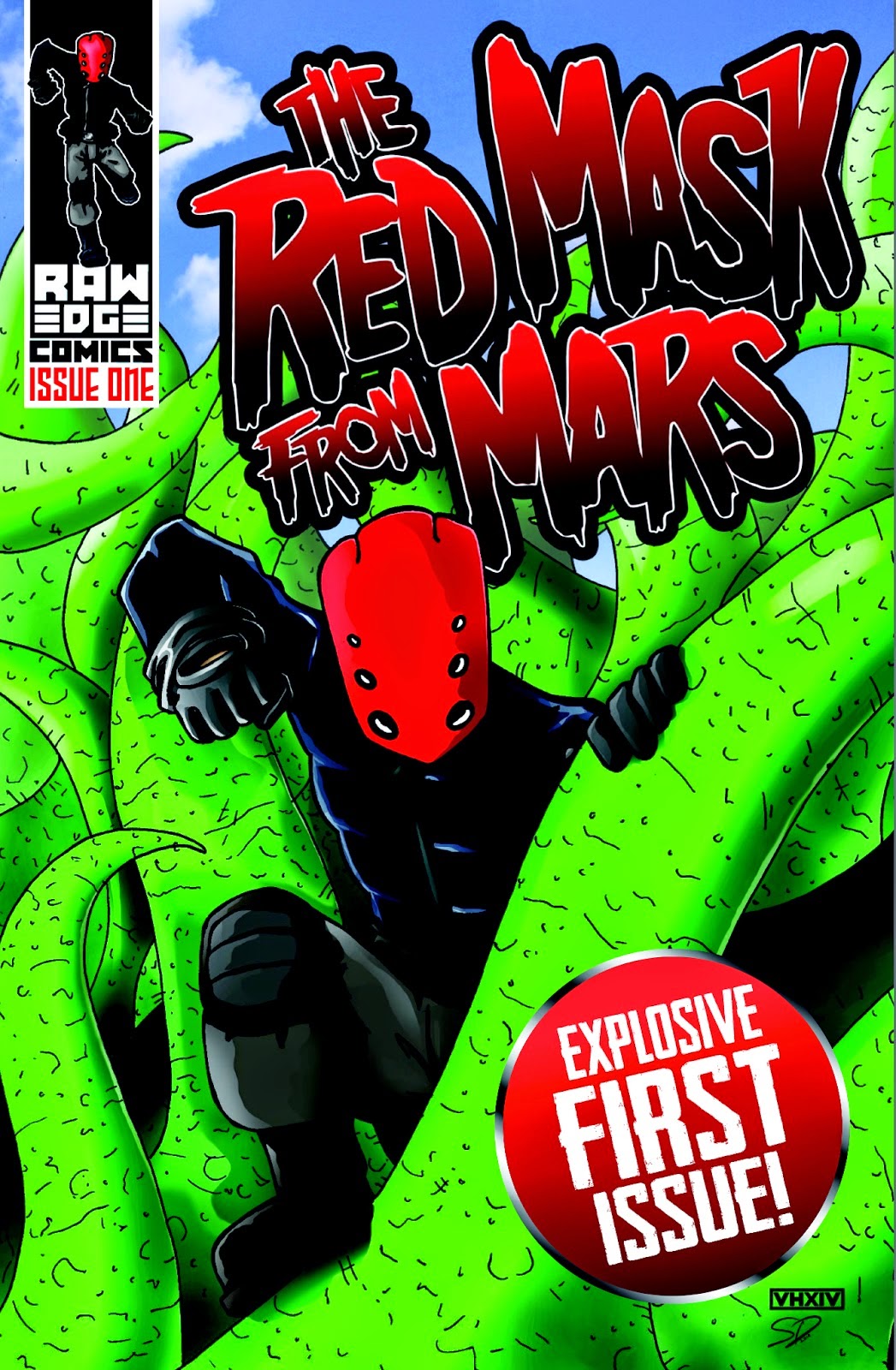 With Script Assists By
Daniel Chant

The Red Mask from Mars is a comic book series that centers on thrill-seeking former astronaut Doug Stewart, who finds himself the bearer of immense power after an unfortunate encounter with an unidentified life form (basically, the thing latched itself to his face and wont let go) on a mission to Mars.

Rather than killing him in some oddly gruesome manner though, the alien crustacean in fact gifted Doug with abilities far beyond any other human can achieve. Seeing this as a bit of a bonus, he was soon recruited by the shady do-gooding private agency known as Xenosphere and teamed with a motley crue that consisted of a former black ops commando, a psychic UFO enthusiast, an eccentric scientific genius and a smooth talking gunslinging mystery man.

Now they protect the public, the country and the world from all kinds of alien terror when it decides to strike.


As both an indie comic fan and a writer myself, I love discovering new and exciting indie comics every chance that I can get.

I recently took part in the second annual Nottingham Comic Convention when I stumbled upon this title while having a wander around the venue.  After a chat with one of the team involved, I grabbed a copy and sat down to read it.

The thing that struck me the most was the simple fact that this was not at all what I was expecting.  I was thinking it would be a simple but fun science fiction story with some superhero style action thrown in for good measure.  For a small part of that I was right yet wrong at the same time.

While reading this, I just couldn't get my head around how fun the whole issue is.  It felt like a Saturday morning cartoon hopped up on hundreds of cups of coffee.  As the reader, you are thrown in the deep end in a big way and it doesn't let up until the both exciting and hilarious ending page that leaves you on such a cliff hanger that you can't help but want to get your hands on the second issue.

The humor here reads as if the character of Stewart is a British Bruce Campbell and I loved every moment of it.  The sometimes dry yet cynical humor and other times infantile, in a good way, had me smiling from ear to ear.

With such fun writing, you were always going to need art that would be more than up to matching the level of fun that the story brings with it.  That's exactly what we have got here.  Bright, colorful and insanely fun, the art by Vincent Hunt, who also wrote the series, fits the character like a glove.  That's especially true on the action sequences where the panel work really caught the eye at every turn.

The only thing I would say didn't quite match up to the rest of the issue was the scene where the board of directors sit and lament just how reckless Stewart is.  For me, the scene just ran a little long but the then the action jumps straight back in, bringing you back in to the story.

All in all, this is an absolutely superb debut issue for the series and I can't wait to get my hands on the second issue!

For more information, please visit their website here!
Posted by Pat Scattergood at 13:32