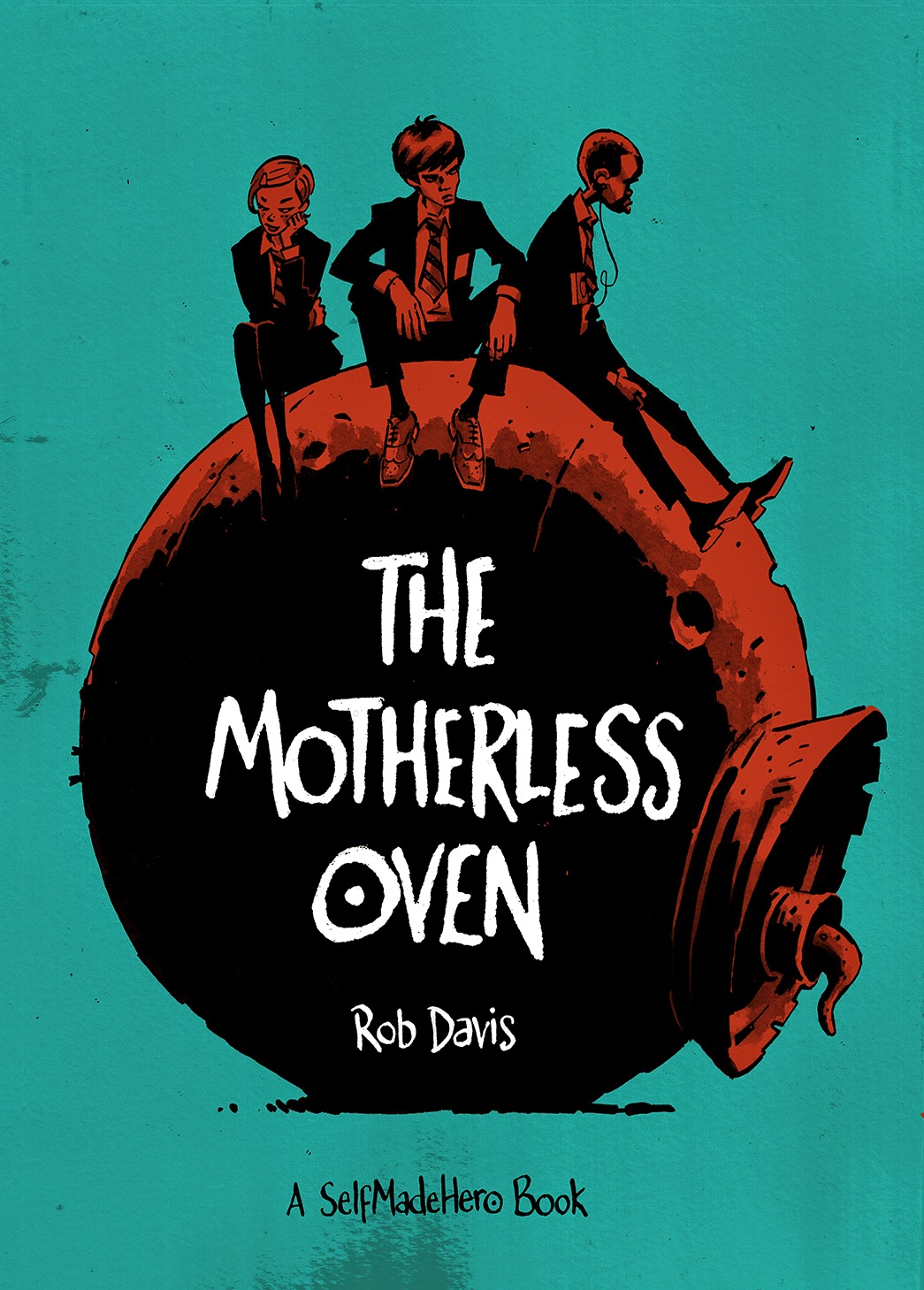 Art and Cover By

So I chained Dad up in the shed.

Scarper's father is his pride and joy, a wind-powered brass construction with a billowing sail.  His mother is a Bakelite hairdryer.

In this world, it rains knives and household appliances have souls.  There are no birthdays - only deathdays.  Scarper knows he has just three weeks to live.  As his deathday approaches, he is forced from his routine and strikes out into the unknown - where friendships are tested and authority challenged.

This unsettling and fiercely original coming-of-age story from Rob Davis (The Complete Don Quixote) traces a journey through a bizarre, distorted teenage landscape; a world not so different from our own.


When you read the synopsis of this graphic novel from Self Made Hero, one thing will happen for certain.  You will wonder what on Earth the book is about.  I did the same thing myself.

That may put some people off but don't let it.

What we have here is an utterly original take on the story of a young boy trying to find his way in the world.  It's a story that has been told countless times over the years in novels, television shows, movies and comics but after reading this one, it's definitely not been told like this.

With the superb Complete Don Quixote under his belt, Rob Davis is a name that I am very familiar of and would even class myself as a massive fan.  I thought Davis' adaptation of the classic Quixote tale was brilliantly done and is still one of my favorite releases from Self Made Hero.  I would even go so far as to admit that I wasn't even sure that this would come close to matching it.  I was very wrong.  Not only does this one match it, it leaves it in the dust.

In a world that isn't too different from our own yet at the same time, it's not a world that you would be at all similar to ours.  That style, alongside the story that deals with some heavy duty themes, really makes this tale one that will grip you but will also stay with you long after you have closed the cover.

However, one of the things that stayed with me the most was the simple fact that while there are some rather strange things going on around Scarper, you can't help but get sucked in to his world and want to know where he will take his life next.

The art really pushes the feeling of loneliness and confusion in a sometimes heart breakingly beautiful way.  You can see that there is a darker theme running through the story thanks to the little details in the art and that's one of the main selling points for this graphic novel.

I'll admit that this story won't be for everybody.  I'll even admit that there will be some that may even hate this one but I'm not one of those people.  To me, this is a beautiful and haunting story that not only gripped me but is one of the most unique things that I have read this year and believe me, I have read a lot of books and graphic novels.

Definitely one of Self made Hero's best releases this year and when you see the sheer quality of their other books, you'll realise just how good this one is.

Email ThisBlogThis!Share to TwitterShare to FacebookShare to Pinterest
Labels: Drama, Graphic Novel, Review, Rob Davis, Self Made Hero, The Motherless Over