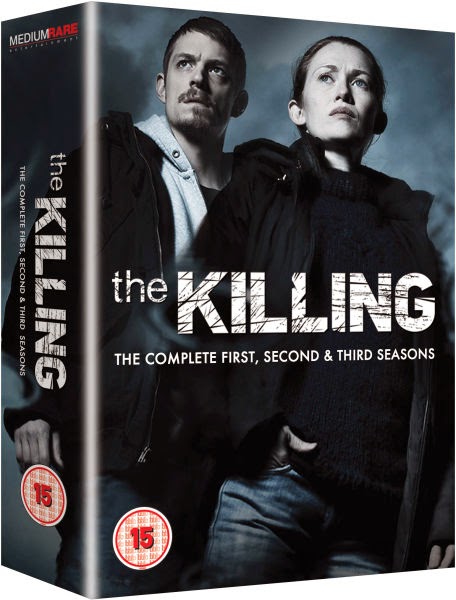 
A police investigation, the saga of a grieving family, and a Seattle mayoral campaign all interlock after the body of 17-year-old Rosie Larsen is found in the trunk of a submerged car.


As a massive fan of the Danish original, I shouldn't have really been all that surprised when they announced that they would remake it for the American television channels but I didn't have high hopes at all for it.  I mean, think back a few years when remaking foreign language television shows and movies was all the rage.  Most of them were largely forgettable at best and awful at worse so where would this one fit in?

Well, I'm going to be completely and utterly honest here.  I absolutely loved it.

Does it match up to the original?  Yes, for the most part it does and there are even a couple of episodes where it exceeds that too.  A little bit of the almost Gothic atmosphere is lost with the change of setting but the cast more than make up for that with some absolutely stellar performances.

One of the things that I did notice was that the series had a lot of storylines all running alongside each other and managed to keep them all going with it getting so tangled that it would become over the top.  The different stories all had links and connections to the main story of the murder yet seemed strangely separate as well.  I loved that all these different parts of the jigsaw all went together so nicely yet there were moments where you really were not sure where the writers were going to take the characters next.  That feeling of uncertain destinies for the characters made the series gripping and unmissable.  This set really is one of those 'just one more episode' sets that come along once in a blue moon.

However, the main thing that I like most about the series is that unlike a lot of the other police shows out there, not all the bad guys are caught and punished.  The police don't win all the time.  In fact, they screw up a lot too and let the criminals slip between their fingers.  The realistic nature of life being messy and having no easy resolutions is put forward in a dark, gritty and sometimes disturbing way here but in such a way that it will stay with you long after the end credits.

When you have watched this set, I urge you to jump on to Netflix and see the fourth and final season to wrap this story up.  If the fourth season is half as good as the ones in this set, then we will be in for a very exciting ride indeed.