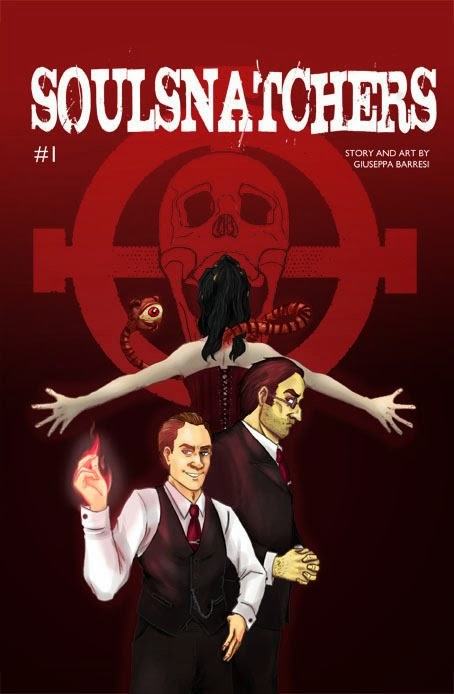 Written and Art By
Giuseppa Barresi


Have you ever truly wanted to sell your soul in return for your deepest desires?

Meet the Soulsnatchers, a group of former humans turned reapers who run the black market soul trade in the underworld. 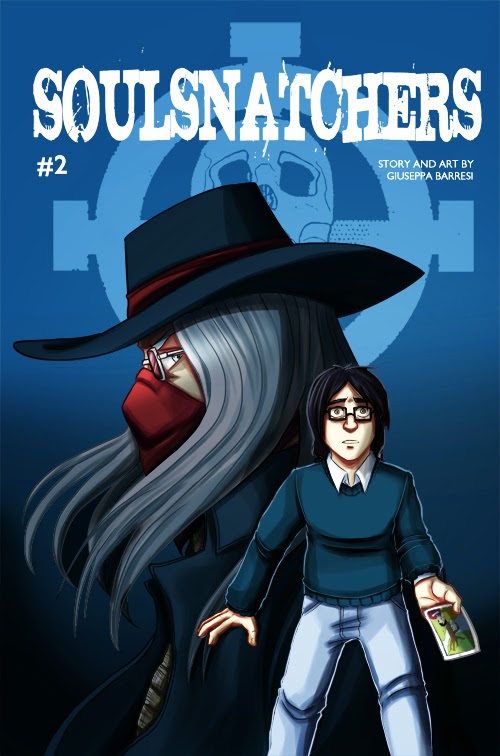 
After having the pleasure of meeting the superbly talented Giuseppa Barresi at the recent Nottingham Comic Convention, I picked up a copy of each issue of Soulsnatchers and set to reading them them.

I wasn't really sure what to expect other than the fact that I'd had the title recommended to me by a fellow indie comic book fan.  The idea of there being a black market in souls trading in the underworld really interested me and I couldn't wait to get them home to take a look.

One of the things that struck me about the first issue was the simple fact that the art feels safe and subtle yet you can see under the surface that something big is bubbling to get out.  The stark black and white art by Barresi really grabs the eye and the tidy style of the art almost leads you in to a false sense of security to such a degree that when the stuff really does hit the fan, it takes you by surprise.

The story of the first issue doesn't give too much away but gives you just enough to hook you in to reading the second issue and I liked that.  There was a slow, deliberate pace to the first issue that let you sink in to the story, almost as if sinking in to a comfy chair.

So after that, I jumped straight in to the second issue.

I'm not sure what changed between the release of the first and second issues of this series but the art in the second looks a lot sharper yet feels a little bit darker.

The slight change in art really hooks in to the story itself as more of the characters and twists are revealed, leaving the reader to delve deeply in to the story.  I loved the fact that while the change in the two issues was a subtle one, it really grabbed my attention and left me wanting more.

I don't really want to give too much of the story in these two issues away but when the second one ended, I went straight online to see if the third was either out or coming out soon so fingers crossed because I, for one, really want to see just where Barresi is going to take this rather intriguing story and the characters next.

Definitely an indie series well worth checking out.