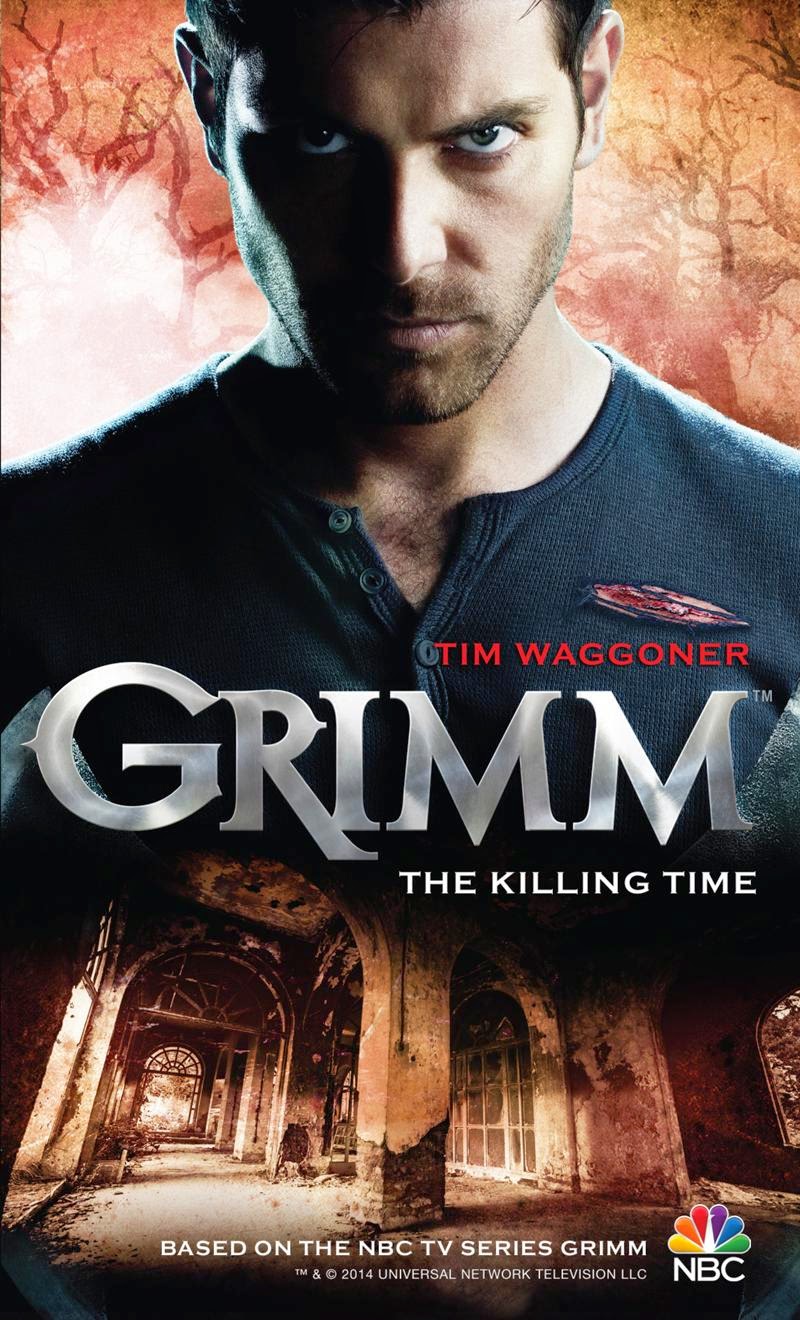 
A mysterious creature stalks the streets of Portland, looking for a new identity. With one touch it can dissolve its victim, assuming their appearance, personality, and memories. When Portland homicide detectives Nick Burkhardt and Hank Griffin are called in to track down a missing person, Nick comes face to face with the changeling, but its powers have an unexpected effect on the Grimm, unleashing a deadly Wesen plague and untold chaos.

A brand-new original novel set in the Grimm universe.

As far as the series goes, I like Grimm but kind of wish that the writers would go a little bit more in to detailing just what the powers of being a Grimm entail and more.  They hinted at that a little in the first two novels from Titan Books.

The first was a good book but not without its flaws.  The second was much better and really nailed the characters in a much better way.  I was wondering where the third novel, this time by Tim Waggoner, would fit in.

As a fan of the show, I kind of took it for granted that while this would be more or less a stand alone story yet without of a nod to the series for the long term fans out there.  That's pretty much what we have gotten here and for the most part, it's a very well written story.

The one thing that bugged me a little was that the author seemed to need to describe each characters body type in minute detail.  It came across as both a little bit like someone looking over pictures of the cast obsessively and as a bit of filler.

Other than that, we have a really good story here.  The idea of a sick Wesen being completely out of control and needing to not only be stopped but for the side effects of the sickness to be countered is a good one and is explored well.  Another thing that is explored well is the just what it exactly means to not only be a Grimm but a Wesen as well.  I loved that about the novel because it really added another layer to the characters and their motivations.

All in all, this is definitely one for the fans but newcomers to the show will find something to like in this tie-in novel.