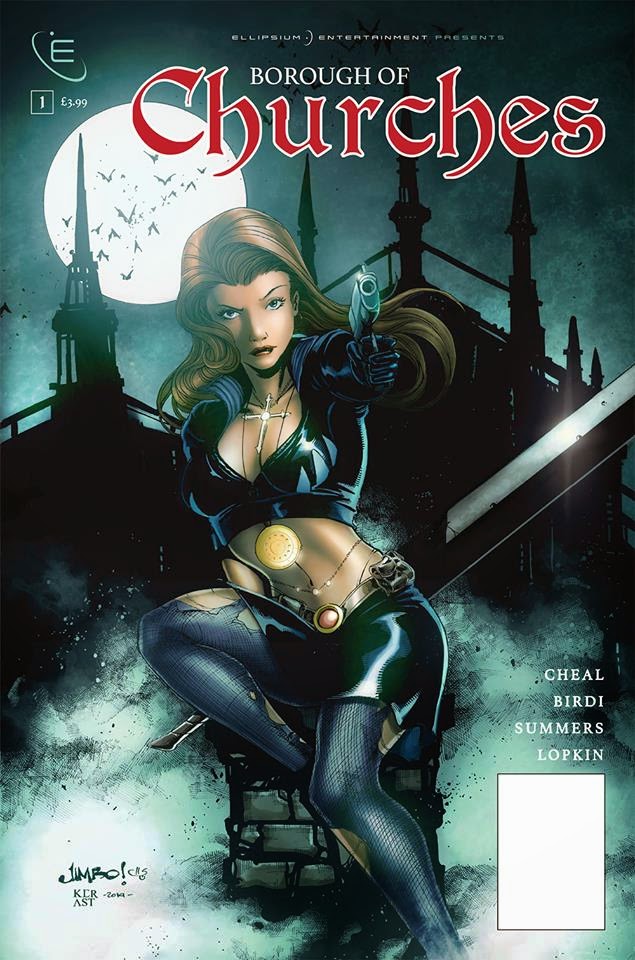 
Throughout history, the chosen few have joined the ranks of the "Borough of Churches". A Secret order tasked with an ongoing battle to destroy the forces of evil. Charlie Swanson is the latest recruit. Trouble is, she didn't ask to join and doesn't give a damn about the B.O.C or what it fights for... Yet!

Charlie "Chuckles" Swanson was a normal everyday NYC police officer, doing her bit to make the world a better and safer place. That was until a random encounter awakened a dormant gene causing a transformation into a human vampire hybrid.

Discover the secret order of the "Borough of Churches", directly from Charlie who will tell you her story the only way that she can... with humour, horror and a whole lot of blood!

Welcome reader to the first instalment of the series that will have you hooked from the get go. In this setup origin issue, you are introduced to our lead character, Charlie Swanson. She is as quick witted as she is beautiful, just don’t get on her bad side… OK!


I'm a very big fan of Adam Cheal.  The writer of Terminus at Fenton's Green and Toxic Storm, Cheal has a knack of writing involving stories with pitch perfect pacing and well rounded characters so I went in to this one with very high expectations.

We're introduced to the settings and the characters by a textual part of the release but then via a gruesome series of panels that truly brings your eye straight to the each and every droplet of blood and gore.

With the story itself, Cheal definitely knows how to 'spin a yarn' as the saying goes and it's no different here.  With the skill for the subtle and horrific at show in Terminus at Fenton's Green and Toxic Storm, you just knew that he wouldn't hold back here and he doesn't.

The pacing is whip smart and very well thoughtout alongside the art and colours by Birdi and Summers.  The team really do mesh well and it shows.  One of the things I did notice was that there were a couple of moments where the story seemed a little bit jumbled but when the issue gets going, that's soon sorted.

With the art by Birdi and Summers, there really felt like there was something menacing bubbling just under the surface and that really raised this tale up above the shoulders above the other titles in the genre.  I've always been a fan of Summers' colouring and it's no different here.  The use of colours combined with the shadows and sharp angles really work well with the story itself by Cheal.

I would be remiss if I didn't mention the superb lettering by Mindy Lopkins, a letterer that I really think is one of the best in the indie scene right now.  Known for working alongside Cheal, Lopkins' lettering is almost treated as if another character in the story and I've always loved that approach.

All in all, this isn't a perfect first issue but it is a very brave first shot at an ongoing series from the new Ellipsium Entertainment company and if this title is anything to go by then we are definitely going to be in for a few treats.