The Empress of India Review 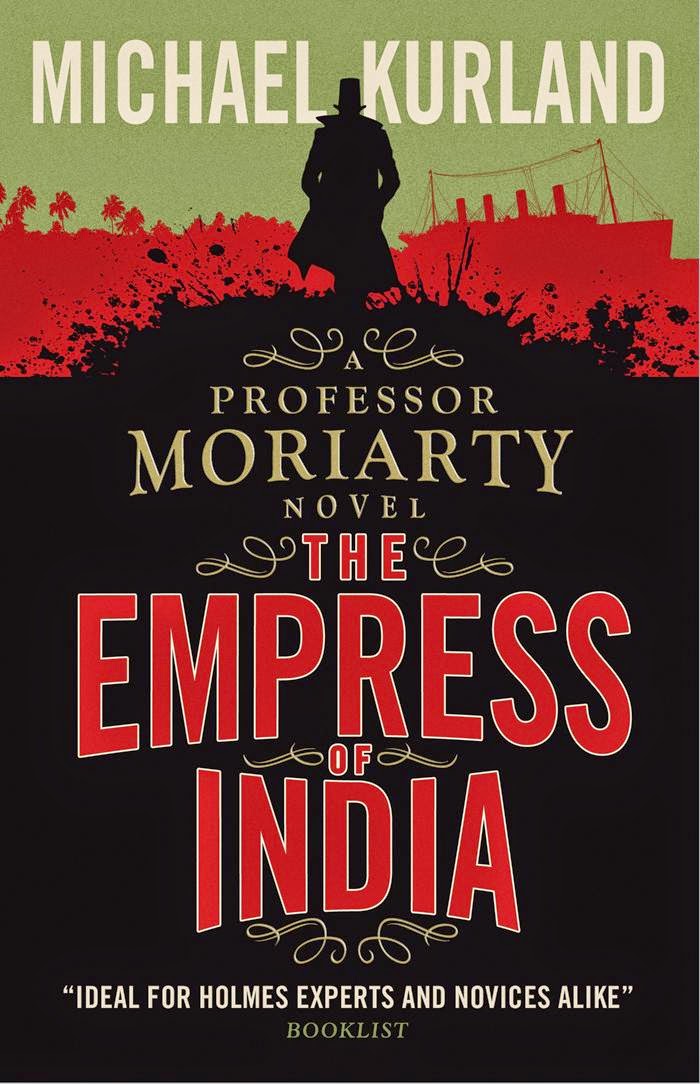 
Aboard the ship The Empress of India, steaming its way from Calcutta to London, lies a hoard of gold, deep in a special vault in the cargo hold.  It is guarded by a detachment of Highland Lancers, and a certain Sherlock Holmes, hired by the Bank of England to thwart any plots by thieves, including the mysterious Pin Dok Low of the London underworld.

But when Holmes suddenly disappears, suspicion falls on Professor James Moriarty, also aboard the vessel with his cohort Sebastian Moran.

Engaged on a very different assignment, Moriarty nevertheless finds himself at the centre of a diabolical plot.  The gold, it appears, is only the tip of a deadly iceberg, and the professor finds himself matching wits with a mind as nimble as his own...


When Titan Books started to release the Professor Moriarty series, the first books in the series absolutely gripped me to the very end of each story.  Kurland had done a superb job of creating some very well paced and twist filled novels that showed that maybe, just maybe, Moriarty wasn't as big a monster as Sherlock Holmes believed.

With The Empress of India, when I started this one I had a little bit of trouble getting as hooked in to the story as I had with the other installments.  I'm not sure what it exactly was but something felt like it was missing.  However, knowing just how good Kurland's stories can be, I carried on with the book and was richly rewarded.  Once the plot revved up and the twists started coming thick and fast, I was hooked right in.

The story itself does a good job of feeling like a classic Sherlock Holmes novel but without relying too heavily on Holmes as a character, instead having the great detectives legendary nemesis in the shape of Moriarty try to solve the crime.  That's one of the things I've loved about this series.  They have all seemed like they would sit comfortably in the classic Holmes world created by Sir Arthur Conan Doyle but still have their own voice.

There are some absolutely laugh out loud moments in the book that really showed the authors wry sense of humor but does so without detracting from the story.  The characters here really do feel completely realistic and one of the main strengths in the novel is the simple fact that you really could imagine them doing the things they do in real life.

Kurland has always had a strength for using the settings in his novels as if it was another character and that's no different here.  He used the various settings that the mystery takes part in really well and even gave the action a slightly claustrophobic feel to it.

The only part of the novel that disappointed me slightly was the main twist at the end.  It felt almost as if it was tacked on in order to give the reader a feeling of needing to get the next book but it felt quite out of place compared to the rest of the tale.  It didn't ruin the superb story for me, it just felt too different to the story to be as effective as I would have hoped for considering how brilliant the other books in the series have been.

All in all, if you are a Sherlock Holmes fan then this one is worth picking up.  It may take a little bit to get going but it's still a good installment in the series of Moriarty novels.