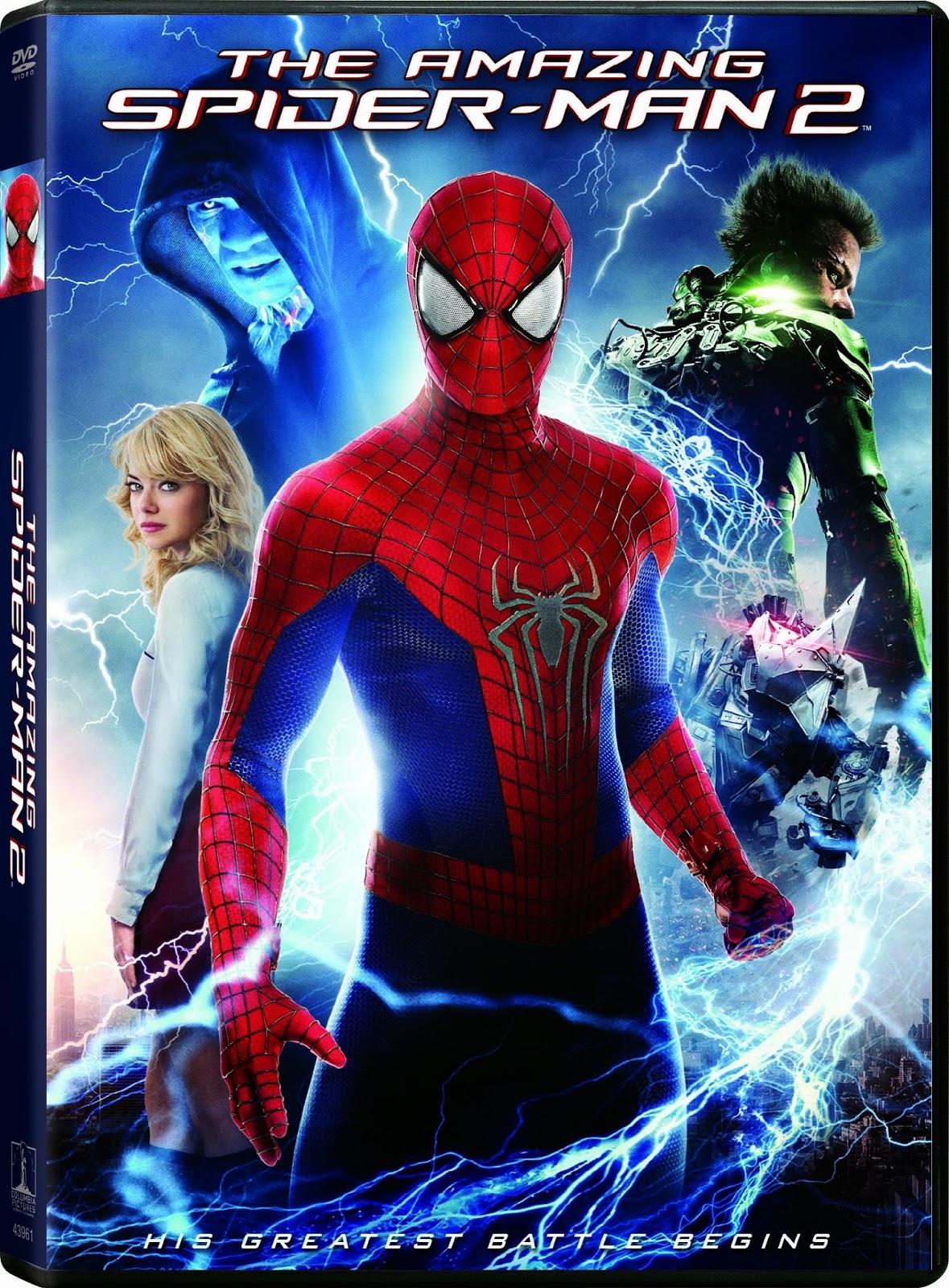 
It's great to be Spider-Man (Andrew Garfield). For Peter Parker, there's no feeling quite like swinging between skyscrapers, embracing being the hero, and spending time with Gwen (Emma Stone). But being Spider-Man comes at a price: only Spider-Man can protect his fellow New Yorkers from the formidable villains that threaten the city.

With the emergence of Electro (Jamie Foxx), Peter must confront a foe far more powerful than he. And as his old friend, Harry Osborn (Dane DeHaan), returns, Peter comes to realize that all of his enemies have one thing in common: Oscorp.


After a good but not amazing debut for the Marc Webber version of the icon Spider-Man character, I was eagerly looking forward to seeing just what they would throw at us for the sequel.  That's when they cast Jamie Foxx.  I have to admit that I didn't think much of the casting at the time because other than his performances in Ray and the Quentin Tarantino fronted Django Unchained, I hadn't been all that impressed with his films.

Then I saw this.

For me, one of the best parts of this sequel was his performance as Max Dillon.  The sympathetic yet slightly creepy undertones he gave to the character made me feel like I wanted to root for him at times.  Considering who the character goes on to become, that's a pretty good feat.  I was perplexed by the really bad wig however.

The rest of the cast are really well chosen.  Andrew Garfield is once again a really good Peter Parker / Spider-Man combination bringing both a sense of realism to Parker being shy yet sometimes jokey and bringing the Stan Lee feel to the Spider-Man side of the character.  With Emma Stone, her chemistry with Garfield makes her a really good person to have alongside as Gwen Stacy.  With the film focusing a lot on their relationship, it gives it a well thought out and emotional core.

With the rest of the cast rounded out by a quite creepy Dane DeHaan as Norman Osborne / Green Goblin, the main cast are well chosen and do well despite some weird editing choices, which I'll get to in a moment.  That said, Paul Giamatti is massively miscast as criminal that will go on to become Rhino.  With the rest of the cast feeling grounded but with a sense of fun to them, his performance just felt massively out of place.

The main problem I had with the movie was the simple fact that some of the editing choices really left me scratching my head.  There seemed to be hints towards some of the other characters coming in to play towards the end of the movie but their relationships seemed to change towards one another really quickly.  It seemed almost as if whole scenes were taken out without any rhyme or reason and it hurt the flow of the story massively.

That said, some of the reviews were absolutely brutal towards this movie and I think that was rather unfair.  I, as a big Spider-Man fan, really enjoyed this one.  There really was the sense of fun that were in the comics in the Stan Lee era but they fit that in without it feeling old fashioned or odd.

I would have liked to have seen a few more special features for the DVD release but apparently the rest of them went on the Blu-ray but that's OK.  The ones we have here are pretty interesting.  The deleted scenes really do hint at the possibility of where some of the other characters could have been headed but alas were cut from the movie.  The commentary really does a good job of giving us comic book fans some great insight in to how the movie can about too.

All in all, with a crystal clear picture and sound transfer, an exciting story and some good to great performances, with the exception of Giamatti, made this one a Spider-Man movie that I actually really enjoyed.  Ignore the massively negative reviews, kick back and enjoy a new take on the iconic character.  Hey, it could have been much worse.  It could have been the Sam Raimi fronted Spider-Man 3 right?