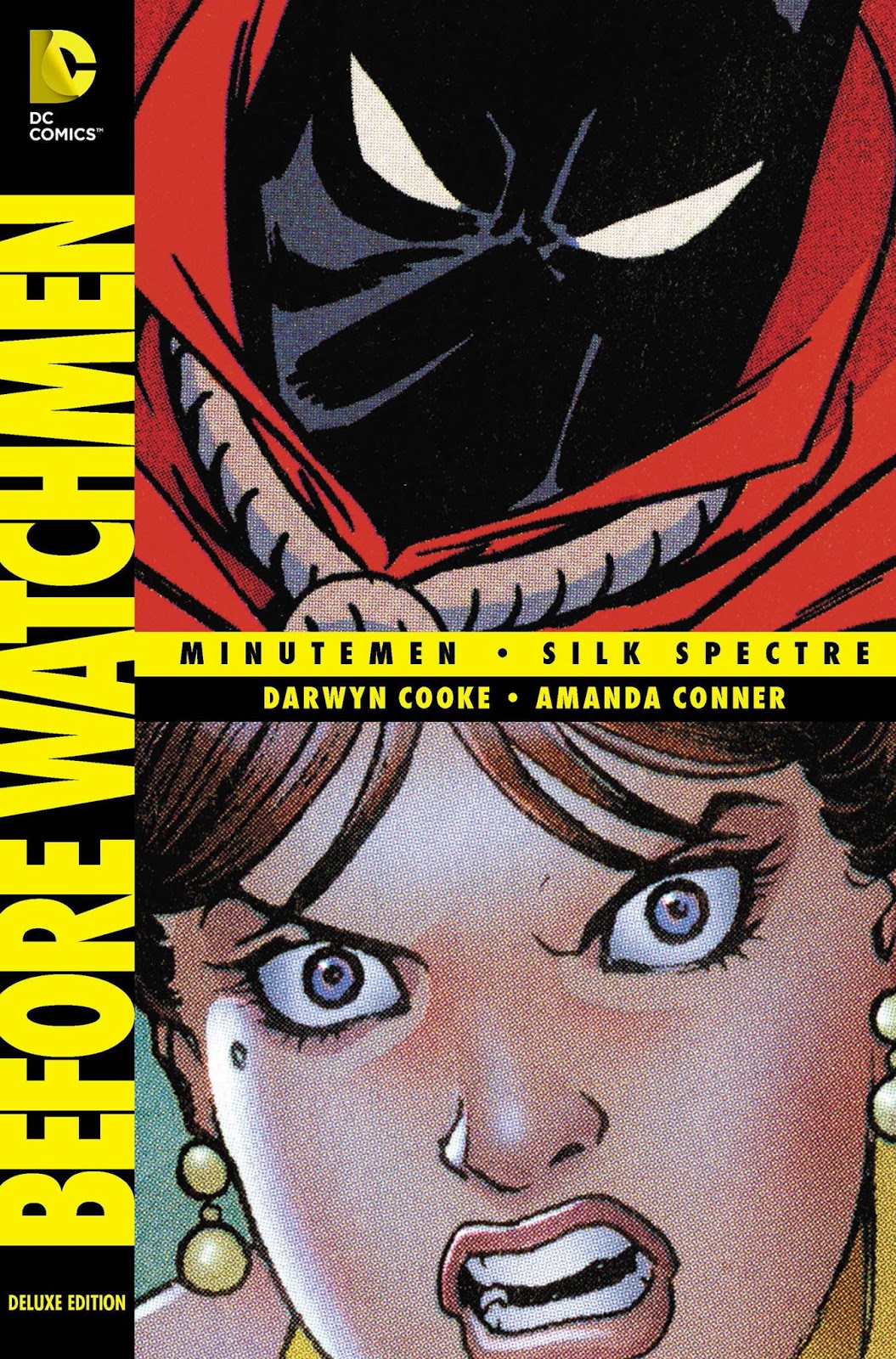 Darwyn Cooke tells the tragic tale of the Minutemen, assembled to fight against evil in a world spinning out of control. Can these heroes from completely different backgrounds and with completely different attitudes on crime come together? Or will they fall apart before they begin?

Then, Cooke and Amanda Conner take an look at the Silk Spectre’s early years with her overbearing, Super Hero mother, chronicling her journey down the winding path toward becoming her own kind of hero.


As a massive fan of the original Watchmen tale by Alan Moore and Dave Gibbons that I was a bit worried that when they announced there would be prequel comic books for the main players in the story that it would be little more than a cash grab by DC Entertainment.  I mean there was no possible way that they could even come close to matching one of, if not the, greatest graphic novels ever written.

I picked this one up as I was the most interested in the story of the Minutemen and while it didn't reach the heights of the Alan Moore opus, it didn't set out too.  To Darwyn Cooke's credit, he knew the story he wanted to tell and he not only did that but did so with a great deal of respect for the original.

The gritty nature of the tale worked really well in that it took a slightly slower start and built up to telling the story of the team and that worked to such a degree that I couldn't put it down.  The story itself built on the snippets here and there from the original graphic novel and told it with a fresh voice.  Considering the amount of times I've read Watchmen in my life, the fact that there were moments here that not only shocked me but also helped me understand more of the characters is an impressive one for me as a fan.

Art wise, it almost has an old fashioned feel to it without it feeling too cloying and that really sat brilliantly well with the story that Cooke was telling.  The art would change slightly with each time period in the story and instead of looking disjointed, that bold move really fit with the style that Cooke was going for.

Minutemen is definitely one that I would read over and over.  Like I mentioned before, it's not Watchmen and nor should it try to be.  It's a bold tale written by a very talented artist who showed a lot of respect for the original and it showed.

Next up came the story of Silk Spectre.  This was the one I was most worried wouldn't translate brilliantly well because she was the character that I was always least interested in out of them all.  It's not that she's a bad character by any stretch of the imagination but nothing about her really grabbed me all that much.

Here her back story is rounded out by Amanda Conner and Darwyn Cooke.  After reading the Minutemen part of this collection and being so impressed with how they told the stories of the characters there, I had very high expectations for this one but to be honest, it didn't really grip me all that much.

The fact that the story didn't grip me all that much is a strange one because on paper, it sounded like an interesting take on how she became the hero we know but for some reason it just didn't gel as much as I would have liked it too.  While the Minutemen part of the collection worked and trod new ground for the well known characters, this one just came across as padding to make the character feel a little more well rounded but for me, it came across as a little unneeded.

On the other hand, artwise, Silk Spectre is a gorgeous looking story and that's down to the utterly brilliant work by Conner.  I've always loved her work and she really lets fly with some beautiful work here, especially on some of the more introspective scenes.

All in all, this collection is one with a few ups and downs.  The Minutemen part of the collection really shines through and stands head and shoulders above the Silk Spectre part.  It's a shame there's such a divide between the two because they are both fair to very good stories but for me, the Minutemen story is the one that makes it worth picking up.