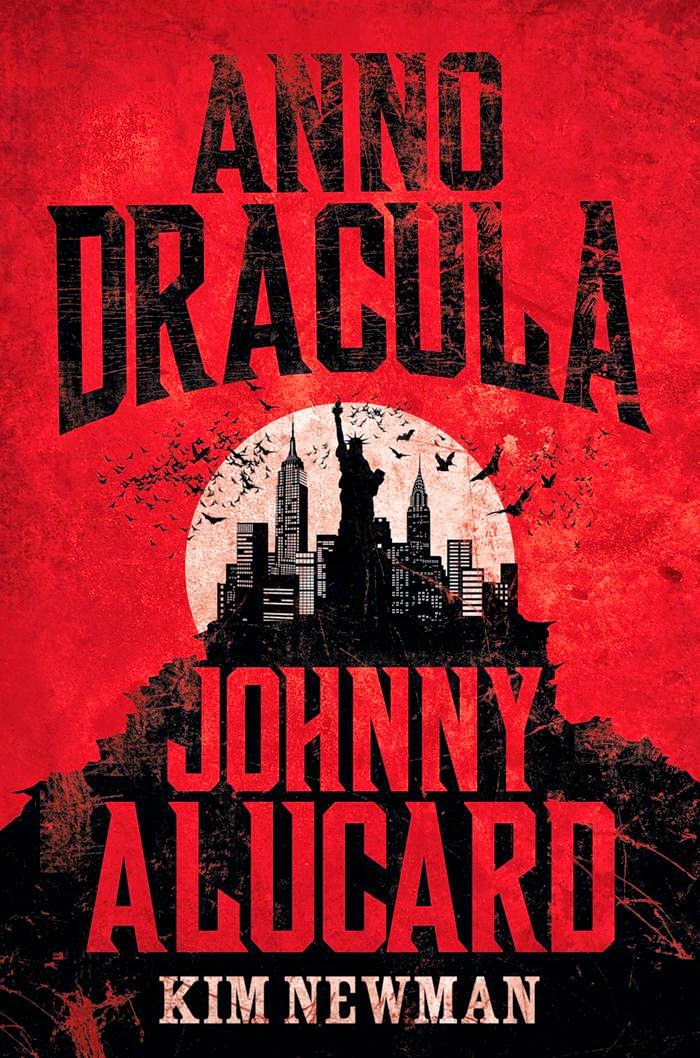 DRACULA COMES TO NEW YORK: Kim Newman returns to one of the great bestselling vampire tales of the modern era. Considered alongside I Am Legend and Interview with theVampire as one of the stand-out vampire stories of the last century – this brand-new novel is the first in over a decade from the remarkable and influential Anno Dracula series.

Newman’s dark and impish tale begins with a single question: What if Dracula had survived his encounters with Bram Stoker’s Dr. John Seward and enslaved Victorian England?

Fallen from grace and driven from the British Empire in previous installments, Dracula seems long gone. A relic of the past. Yet, when vampire boy Johnny Alucard descends upon America, stalking the streets of New York and Hollywood,haunting the lives of the rich and famous, from Sid and Nancy to Andy Warhol, Orson Welles and Francis Ford Coppola, sinking his fangs ever deeper into the zeitgeist of 1980's America, it seems the past might not be dead after all.


While I am a fan of Kim Newman and find him to have been quite an influence on both my fiction writing and my review work, I have to admit that while it is for the most part entertaining, the Anno Dracula series has a habit of feeling a little disjointed and even hit and miss at times.

When I was given the chance to take a gander at this new installment of the series, I was quite excited to see where Newman was going to take the characters again but at the same time, a bit hesitant in case some of the numerous references that he gets in to the stories would overshadow the action.

After having sat down to read Johnny Alucard, this is definitely one of the installments that border on the brilliant.  Not only do we get a look at the vampiric life in the harsh eyes of the 1980's time period that Newman has set it in but we also get a well written satire of the 80's itself.

That said, throughout the book, I couldn't help but wonder just where the story was going to be taken next.  The book itself seemed to just start get going but would then fall to some references that took me out of the story a little bit but then Newman would throw you back in to the thick of it all again.  While that made the story a little disjointed at times, the parts of the book that did work ended up working so well because of the lyrical skill of Newman's writing that it more than made up for it.

However, the one main problem I had with the book was simply the ending or rather lack of a coherent ending.  I can't give much away but it just felt like Newman had gotten to the end of the book and realised he needed to stick an ending on it and that's what he went with.  The various parts of the book all linked up well, despite some of the parts being better than others, but the ending just didn't feel as interesting as the rest of the book and if I'm completely honest, felt a little disappointing.