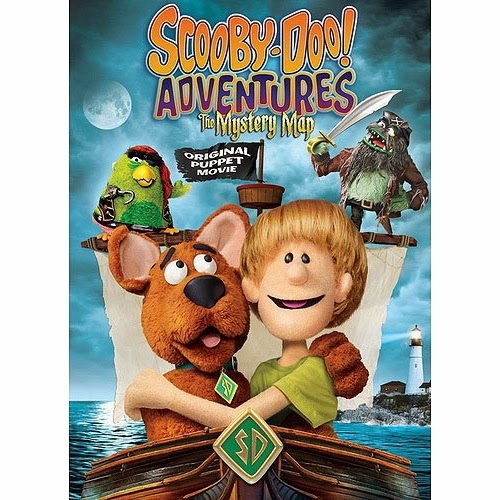 
Get ready to experience the world famous Scooby-Doo! and Crew like never before in this all-new original puppet movie! What begins as a routine night for the Gang -- which includes the slobbering sleuth and Shaggy eating a triple extra-large Scooby snack pizza -- becomes a mad dash to find the frightening Phantom Parrot with a map to pirate Gnarlybeard's hidden treasure.

Scooby sniffs out the map's clues, which lead him right to a spooky pirate ship. Ruh-roh! What will Gnarlybeard be willing to do to protect his booty?


As my little lad is absolutely nuts on both The Muppets and Scooby-Doo, the fact that we found this puppet version of the popular mystery solving dog on a recent shopping trip made it a no brainer as to whether or not we'd buy it.

After sitting down to watch it with Cyrus, one thing struck me the most about the movie.  He sat glued to the screen for the entire run time.  It's only about 45 minutes long but they manage to make a lot of fun for the little ones in to that short time.

The puppets themselves really do look quite adorable and really looked so much like a Henson production that I thought that they would have been involved in the movie itself.  They're not but some of their puppeteers are and it shows.  One of the things that I liked myself was the simple fact that they put a load of nods to the original cartoon shows in to this one and that really brought a smile to my face as well as Cyrus'.

Story wise, this one does move along at a cracking pace and really does a good job of hooking the little ones in and even throws in quite a few red herrings along the way.  In an age where there's style over substance and fight after fight in the cartoons, it was nice to watch something that was exciting enough to hold my little lad's attention but at the same time be quite a gentle watch.

The special features on here are just two cartoons in addition to the movie itself, which wouldn't normally get such a high rating from me but they've included two of the classic episodes in the form of Robopup from 1988 and The Backstage Rage from 1969.

All in all, considering you can get this for next to nothing price wise and the fact that it's a gentle yet gripping tale featuring the worlds most famous mystery solving dog, then it's well worth picking up. The little ones will absolutely love it.

Posted by Pat Scattergood at 08:16