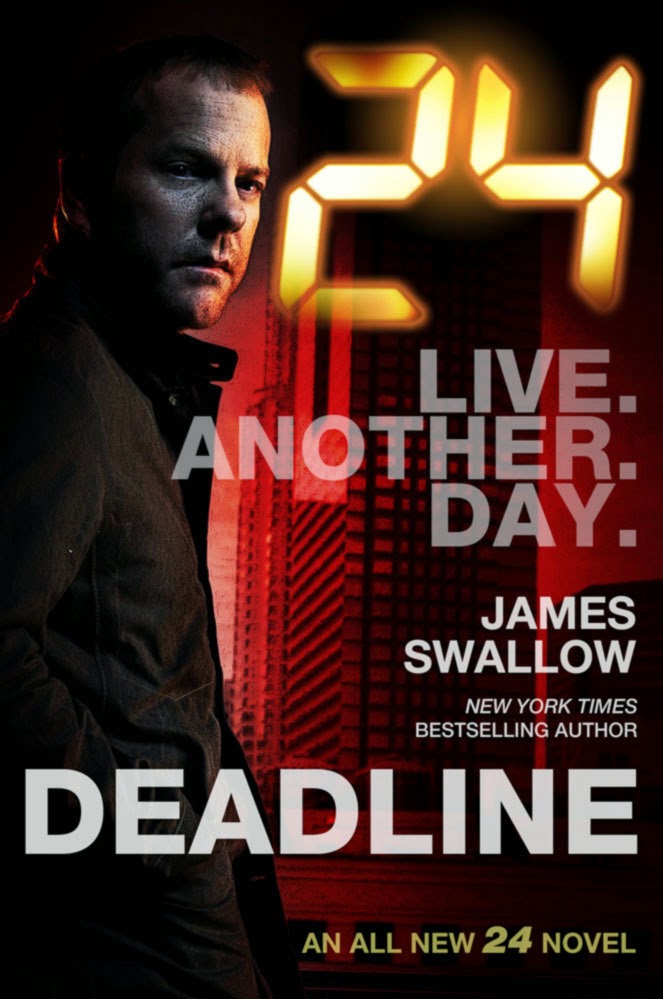 One hour ago, federal agent Jack Bauer was declared a fugitive.  If he wants to survive, he must get out of the country, and he doesn't have much time.

With his former colleagues in the Counter Terrorist Unit now dead, under arrest, or shut down, Jack has no resources to call upon, no backup, and nowhere to go - only his determination can drive him on.  One thing remains clear to him: the promise he made to his daughter, Kim.  Jack vows that he will see Kim one last time to tell her he loves her...before he drops off their radar forever.

Meanwhile, a hastily assembled FBI task force sets out to track down and capture Jack, even as a covert operations unit of Russia's SVR sets out to do the same - only the remit of the Russians is to "kill on sight".  As the clock runs down, Jack must face old friends and past enemies in a desperate race to stay one step ahead of the hunters, leaving them with a grim warning -

Stay out of my way, and I'll be gone within twenty-four hours.  You'll never see me again.  Come after me...and you'll regret it.


As a big fan of the television series 24, I was very excited about them bringing it back for the Live Another Day storyline but I was wondering just how they would explain the years between the end of the controversial 8th series and now.
Well, that's exactly where this novel by the New York Times Best Seller, James Swallow, comes in.

With a reputation for not only writing his own books but for also writing fantastic tie in novels for a number of franchises that not only nail the feel of their respective franchises but also pushes the envelope and limitations of the well known characters, there was a lot of expectation from me and no doubt, from the other 24 fans out there.

After reading this one, I must say that Swallow's reputation is very well deserved indeed.  Not only does he nail the things that make the series itself so popular but he also creates a story that is well paced, exciting and really pushes the limits of the character of Jack Bauer.

One of the main strengths of the novel is that while it does bridge the gap between the ending of series eight and the newest storyline superbly well, it still works really well as a story in it's own right.  The fast pacing really hooks the reader in, especially if you are a 24 fan, and rewards both the newcomers to the world of Jack Bauer but also the long term fans.  That's not an easy feat to pull off but it's managed here with a hell of a lot of style and skill.

The story itself absolutely gripped me from cover to cover and there were even times when, despite knowing there was a new series on television, I actually wondered if Bauer was not only going to succeed but also if he was even going to survive.

All in all, this is a novel well worth having in your collection if you are looking for an exciting, well paced thriller with some superbly handled action set pieces.  If you are a long term fan of the television series itself then it not only rewards you with some great writing but also hammers home exactly what made the series so popular.  Even if you're not a fan or even familiar with the series there is still plenty of quality here to hook you in as well.