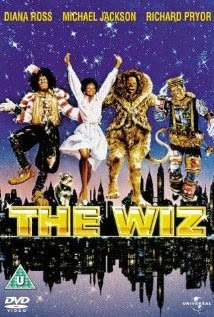 Based On
'The Wonderful Wizard of Oz' by L. Frank Baum
'The Wiz' by William F. Brown

Directed by Sidney Lumet (Serpico) and penned by Joel Schumacher (Batman and Robin), this lavish 1978 adaptation of the Broadway hit The Wiz was the biggest production filmed in New York City up to that point, utilising the newly revamped Astoria Studios and locations around the city.

Diana Ross, Michael Jackson, Nipsey Russell, and Ted Ross (reprising his Tony-winning role as the Lion) star in this Academy Award-nominated musical for the whole family. The Wiz is probably the grandest take on L. Frank Baum's classic tale The Wizard of Oz.


The Wiz started life as a Broadway musical version of L. Frank Baum's The Wizard of Oz. Full of vibrant colors and hummable songs, it was a smash hit.

That's when the decision came to adapt it in to a movie starring some of the most well known comedians and soul/Motown singers of the period.

The cast was absolutely jam packed with legendary singers and actors / actresses such as Michael Jackson, Diana Ross, Lena Horne and loads more. This gave the stage songs, and the additional songs overseen by Quincy Jones, a real presence and make them extremely memorable.

The urban and cityscape settings really add a lot to the story itself. Especially on the darker earlier scenes where Dorothy is lost in a playground. It really created a scene of menace and confusion and added a mass of emotions.

The trip to find The Wiz himself, played by Richard Pryor, is well handled and exciting. Some of the enemies they face are very well re-imagined versions of the ones in the original Wizard of Oz. Yes some of them come across as a little hokey but that's the charm of the movie.

The performances range from being very subtle to very over the top but strangely they manage to gel very well together. The highlight for me was Michael Jackson's performance as The Scarecrow. He managed to give the Scarecrow a extremely sympathetic personality and while looking gangly and awkward, still managed to be graceful. Another standout performance for me was Ted Ross who reprised his Tony Award winning stage performance. He just seemed absolutely perfect as the cowardly Lion.

It's true that this one isn't a patch on the Judy Garland version but then again what could be? This movie is still a charming and fantastical movie in it's own right and the songs are infinitely hummable and memorable long after the credits have gone.