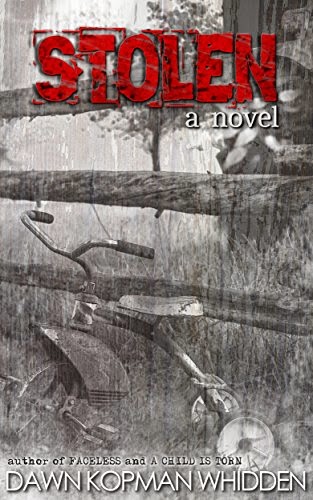 
Another homicide has rocked the small town of Fallsburg, NY. In a cabin nestled deep in the woods two male victims are discovered,both gun shot victims. One is deceased the other one is barely alive. But it is not the murder itself that has detectives Jean Whitley and her new partner Marty Keal frantic to find out the answers of what occurred in that cabin, but it is the identities of the two small children also found at the scene.

One child is quickly identified but the other a young boy remains a mystery. The only one with possible answers lies with the man who lay critically wounded and unconscious in the hospital because the unidentified boy either can not or will not speak to tell the investigators who he is and what happened in that cabin that left one man dead and another barely hanging on ...


Readers to this review blog will know, I was quite a big fan of Dawn Kopman Whidden's first two novels.  With great pacing, memorable characters and some magnificent twists and turns, they were the definition of page turners for me.

That's when I found out that Whidden was going to writing a third one, I couldn't wait to get my hands on a copy.  Would it live up to the expectation?  Would it be as good as the first two?

Well, if you have read her first two novels, you may well think that you know what to expect and those expectations would be true.  The story itself has some very thought out pacing, we get some new characters as well as returning ones and even some twists and turns that leave her other two books in the dust so to speak.

I was a massive fan of her first two novels but this one really blew me away.  In fact, I couldn't put it down and read it all in just over a day.  I'd become a bit jaded with crime novels recently so I didn't honestly think it would grip me to such a degree but I just couldn't wait to see what was going to happen next.

The main strength of the book is that it takes a very hard hitting subject yet Whidden doesn't nauseate the reader in the slightest.  In fact, while there are some shocking moments they are effective because of the fact that Whidden really leaves a lot of it to the imagination instead of trying to be shocking or violent for the sake of it.  That seems to be a lost art in crime writing these days but she nailed it perfectly.

Her strong characters are once again here and yet again are very well rounded, interesting and have many layers.  My favorite of which is Jean Whitley.  One moment cold and guarded and the next emotional and vulnerable, the two halves of her personality are balanced pitch perfectly.  It's also nice to see a strong character such as Jean that doesn't fall in to the normal cliched traps.

This really doesn't feel like the third book for Dawn Kopman Whidden.  Instead, it feels like she has been writing for years and the confidence shows on the page.  This is by far the best of her releases, and we all know how much I liked A Child is Torn and Faceless, and really shows her growth as a writer brilliantly well so I suggest you grab a copy, get a cup of coffee or tea and sit down for a long evening of reading one of the best crime novels of the year.  In fact, I compared her to Patricia Cornwell in the last two reviews but in this one she surpasses that and that means Cornwell and Kathy Reichs are going to have to hold on to their crowns if they want to stay the queens of crime thrillers for much longer.