God is Dead: Volume One Review 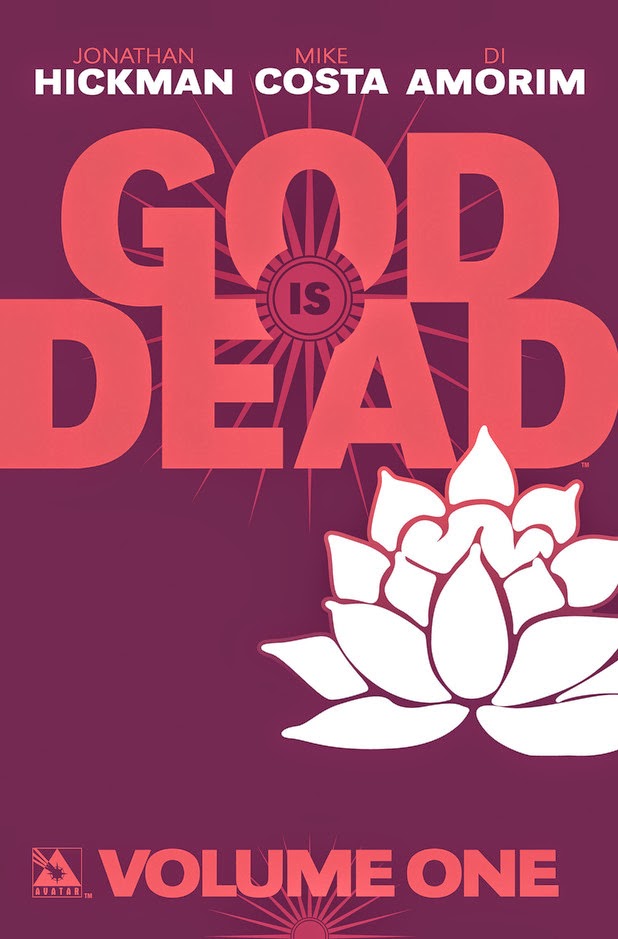 
Jonathan Hickman brings the wrath of the gods to comics with this new saga!

Mankind has argued over the existence of gods since the dawn of time.  In modern eras it's been fashionable to mock religious believers with taunts of scientific testimony and fact.  But when the gods of old begin to reappear on Earth and claim the domain of man for their own, the world is thrown in to a state of utter anarchy.

As the world tumbles towards apocalypse, a group of scientists seek to do the impossible...give birth to the gods of science.


With the amount of controversy and hype surrounding this title, I have to admit that I absolutely jumped at the chance to review it when I was kindly offered a copy.

While I admit that Hickman can sometimes be a little bit hit and miss, like Warren Ellis who writes in a similar style himself, I have enjoyed his comic book work for the most part.

The interesting premise of this one and with his name attached, it felt like a bit of a no brainer for me when I started reading it.  I actually thought that there was no way that this would be anything but brilliant yet for some reason it just didn't grip or excite me nearly as much as I  thought it would.

One of the problems with this title are the characters.  For the most part, they're incredibly shallow and unlikeable.  I can honestly say that after reading the whole of volume one twice, I can't really remember most of the characters and I can't even say that I care which ones ending up living and which ones ended up dying and that's a real shame.  For a story such as this one to soar as high as it should, there needs to be a team of characters that you are emotionally invested in but that's sorely lacking here.  I would be remiss if I didn't mention the two scientist characters that are obviously based on Albert Einstein and a thinly disguised Stephen Hawking.  When these guys turned up, I must admit that I laughed.  I'm pretty sure that wasn't the reaction they were going for.

The story itself has a really interesting idea behind and on paper, it should have been knocked out of the park home run style yet for me, it floundered.  There didn't seem to be a whole load of traction to it.  Maybe that's down to the poor characters or even just the fact that it comes across as a less layered Warren Ellis story but for me, it just didn't gel.

The strongest point of this one is by far the art.  The action and the violence flies off the page in a very cinematic way.  There were moments that really felt like I was watching a big budget blockbuster instead of reading a graphic novel.  Some of the gods that come down to Earth in the story look utterly fantastic.

Sadly, this one definitely didn't live up to all the hype and controversy that surrounded it.  While on paper the story sounded like it was going to be memorable and exciting, the execution of this first volume just felt rather thin and poorly executed.  There were some fantastic moments in it but not enough for me to say that it's worth rushing to see what the fuss is all about.