Doctor Who: New Adventures With the Tenth Doctor Issue 1 Review 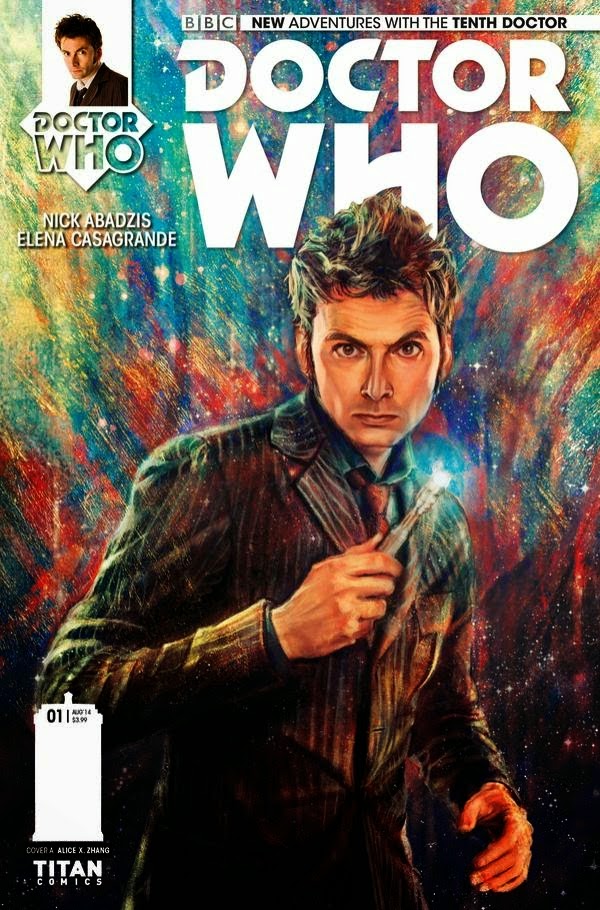 
It can be wonderful to explore all of time and space at the Doctor's side, but the universe can also be a dark and dangerous place - as the Doctor's most recent companion, Donna Noble, found to her cost.

Forced to leave her behind, the Doctor has since been wandering alone.

But no matter how far he travels, or how long, something always brings him back to Earth...


With David Tennant being my favorite of the recent incarnations of the legendary character of The Doctor, I was massively excited when it was announced that Titan Comics would be doing an ongoing series of comic books featuring his famous portrayal.

So many questions came to mind.  Where would they take the character?  Where in his timeline would the stories happen?  Would they do the portrayal justice?

After reading it, I did something I haven't done for a long time.  I went back to the beginning and read it a second time.

A chunk of the first issue is taken up with introducing Gabriella, a young lady that feels crushed by her family wanting her to do what they want her to instead of following her dreams.  As if by magic, or in this case nightmare considering the storyline, The Doctor appears in her life and everything changes.

The story itself really flows quickly yet has time to give the new characters time to grow so that they are important to the reader.  I was worried that they would maybe be over shadowed by the reappearance of the Tennant era Doctor but I am eager to see where they are going to take the character of Gabriella and see how well she is going to interact with the Doctor himself.

One of the strengths that this one has in spades is that they managed to combine the art and writing in order to really nail the character of the Doctor and his high energy on to the page.  With the art being by Elena Casagrande, you would expect it to be really well drawn and it is, which works really well with the pacing of the story itself.  You are treated to some really great moments from the characters and the art really pushes that forward.

Talking of art, I would be remiss if I didn't mention the absolutely stunning cover work by Alice X. Zhang.  The cover really is incredibly eye catching.

While not an Earth shattering first issue, it does a superb job of reintroducing one of the most popular portrayals of the long running character but always a superb job of showing us a new companion that will no doubt play a very important role in the Doctor's near future.  Roll on issue two!