Doctor Who: New Adventures With the Eleventh Doctor Issue 1 Review 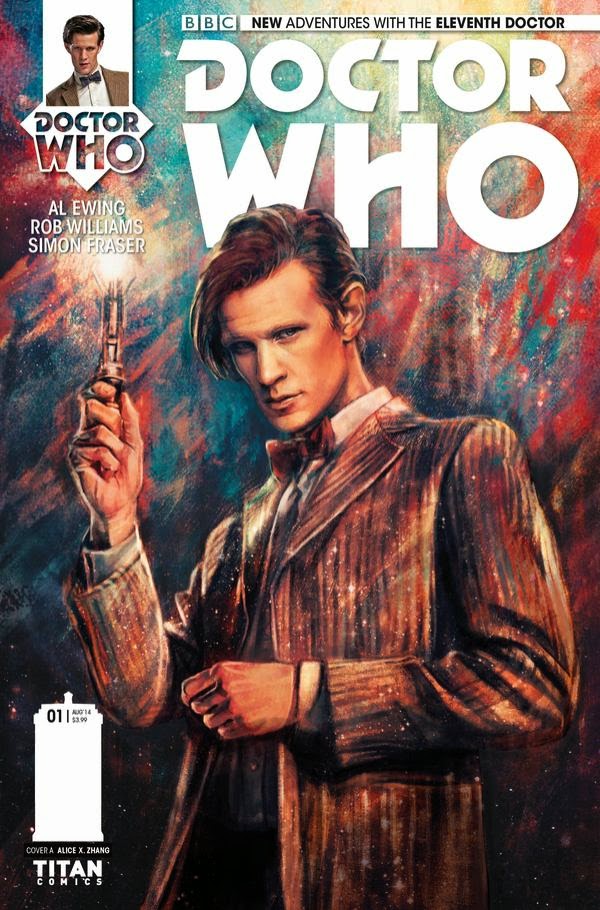 
After rebooting the universe with a second Big Band, the Doctor has seen his new friends Amy and Rory married, and given them a honeymoon to remember.

Leaving them to settle into their newlywed life, the Doctor is traveling the cosmos alone, checking for anomalies in Reality 2.0 - a mission that is about to change his life forever!


With Titan Comics scoring a massive coup by getting the rights to publishing new and exciting comic book stories featuring the tenth and eleventh incarnations of the Doctor, there has been a lot of hype and expectation amongst fans of the long running show.

As a fan of both the classic eras and the revamped ones, I must admit that on first viewing that I wasn't all that big a fan of Matt Smith.  With more viewings of his episodes, thanks to my sons growing obsession with the show itself, he has really started to grow on me.

So with that in mind, I went in to this issue wondering how they would bring his sometimes manic and sometimes thoughtful energy to life on the page.  Well, with two names like Al Ewing and Rob Williams involved, I should have known that I was going to be in for a very impressive ride.

The thing that struck me was the simple fact of just how different to the David Tennant comic book this one is.  It's a great thing that they can make the two comic books so different to one another because the portrayals in the show did the same thing.  Yet here this one takes a completely opposite approach to the story.

In the tenth Doctor comic book, they took a slow yet deliberate ride in to the adventure, ending on a fast paced note.  Here we spend a couple of very emotional pages, which I will admit brought a tear to my eye, to introduce the character of Alice.  They made these emotional and heartfelt pages grey and washed out, which really brought the heart of the character to the forefront before bursting in to color with the arrival of a rather colorful alien.  And no, I don't mean The Doctor.

That's when the story breaks itself in to two so to speak.  We have the adventure side of things well and truly covered by the fact that The Doctor and Alice team up to try to find out what the alien wants and to try to find out if it's dangerous or not.  While that part of the story is very well done, it's the relationship between Alice and The Doctor that is the backbone of this issue and it shows.  There's a scene in which the Doctor visits her at home to see if she's alright because, in his words, "You seemed sad" and it's so beautifully written that you find yourself completely and utterly caring about Alice even more and feeling like she has always been a companion.

All in all, not only did I enjoy this one more than the tenth Doctor adventure, which surprised me, I think this is actually one of the most heartfelt and well written introductions of a companion that I have read or seen in a long time.  Bring on issue two!