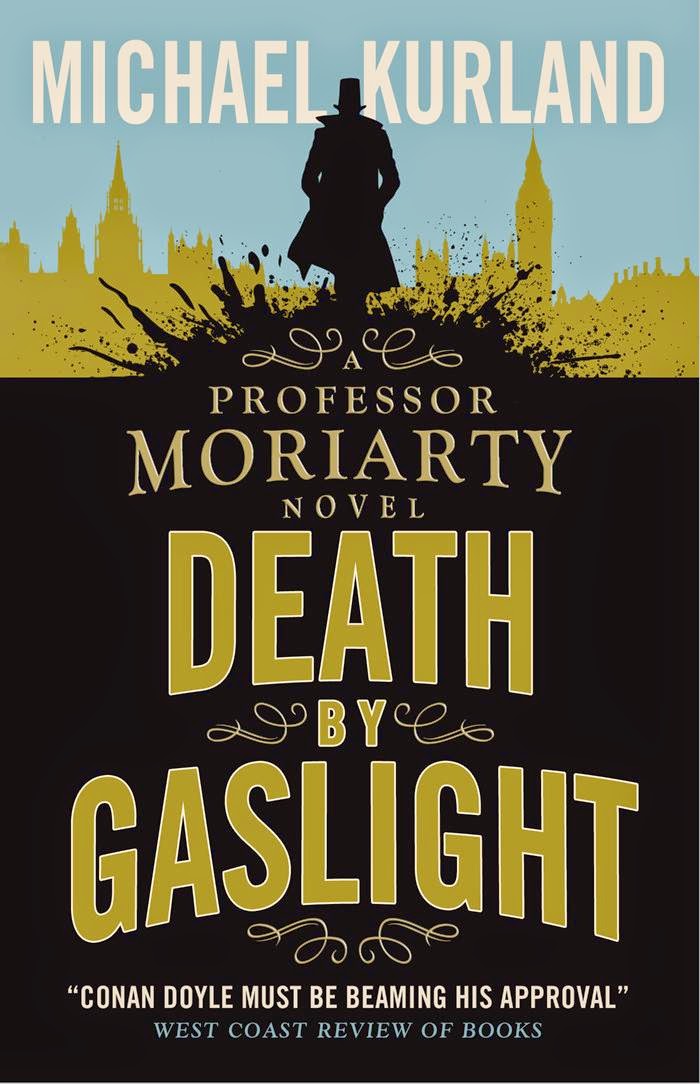 
Blue blood is flowing in London as a killer slits the throats of the cream of England’s aristocracy. Naturally Scotland Yard enlists the great Sherlock Holmes himself. Only when this ultimate weapon of the law failed to stem the deaths are they forced to play a last desperate card—Professor James Moriarty, the Napoleon of Crime, who had his own methods of fighting evil…

I've been a fan of Kurland for a while so when I was given a chance to read this Moriarty mystery, I jumped up at the chance.  I just loved the fact that we would get Sherlock Holmes style stories with one of the greatest villains in literary history trying to solve the crimes instead.

When I looked at the synopsis for this, the fact that this one would involve a team up between the two enemies really interested me.  How would someone without the surname Doyle make the two enemies work together?  Would Kurland be able to do a good job of showing the competition and grudging mutual respect the pair have for one another despite their differences?

Well, after reading this one, I was really impressed with not only the pace of the story but with some of the twists and turns that came throughout the story.  The fact that Holmes himself was struggling with the mystery was a simple but nice touch because recent writers seem to just have him make the crimes look too easy to solve or make it seem unimportant or even boring in places.  Kurland doesn't make such mistakes, instead seeming to choose just the right time to reveal more clues or shocks.

The mystery itself was really well paced and very exciting.  While set in the Victorian period, the story seemed to have quite a modern feel to it.  For the most part, that worked very well.  However there were a couple of moments where the language seemed a little too modern for the time period but it wasn't too distracting from the action on the page.

For me as a reader, one of the strongest points of the novel was not only the main characters, who were written very well, but also the cast of supporting players.  They were all quite memorable and interesting enough to more than hold up their part of the action whenever the story turned to their involvement.

All in all, if you are a Holmes or a Kurland fan then this is definitely a novel that is well worth picking up and adding to your no doubt already huge collections.