Dawn of the Planet of the Apes: The Official Movie Novelization Review 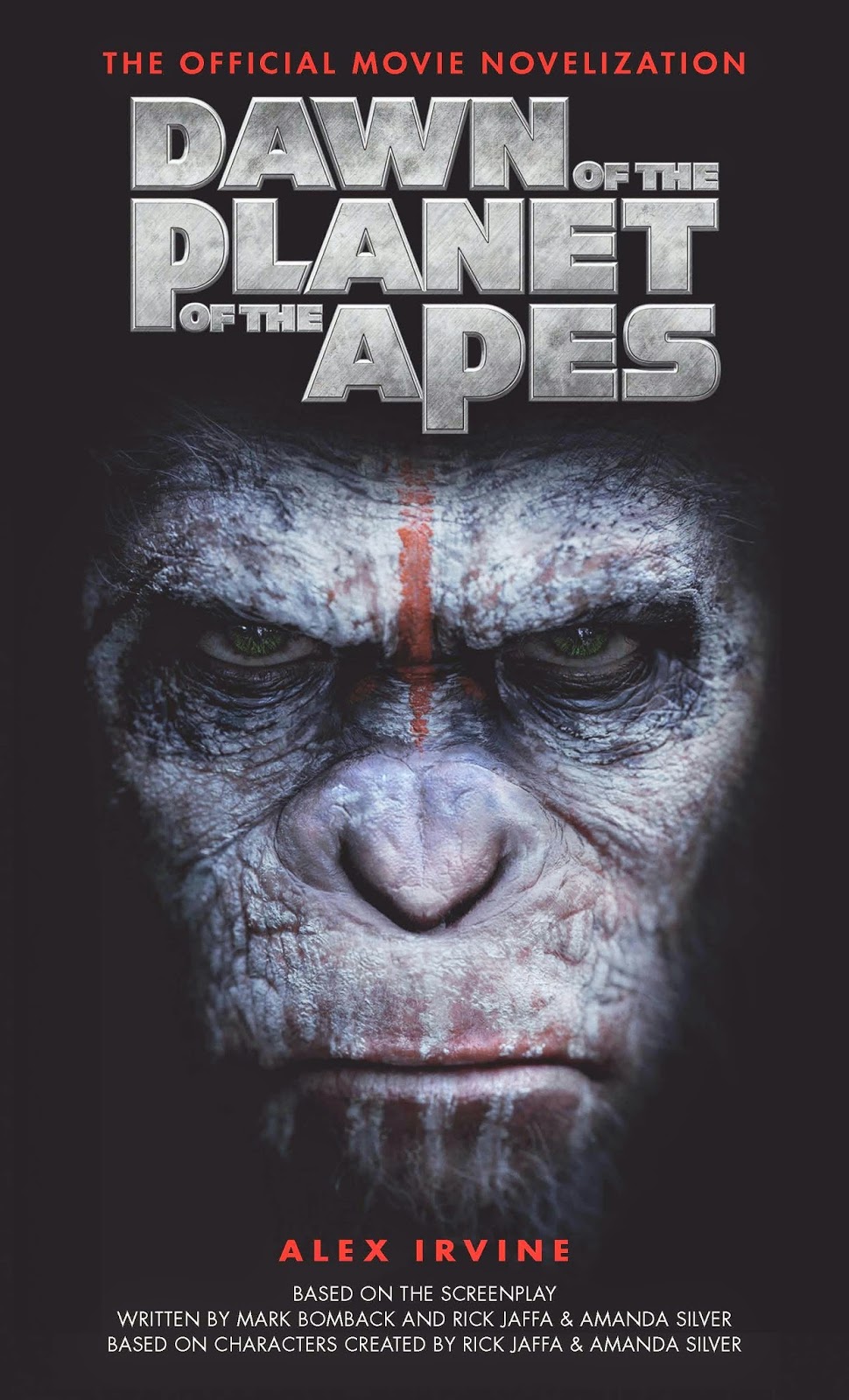 
A growing nation of genetically evolved apes led by Caesar is threatened by a band of human survivors of the devastating virus unleashed a decade earlier. They reach a fragile peace, but it proves short-lived, as both sides are brought to the brink of a war that will determine who will emerge as Earth’s dominant species.

Titan Books have got a reputation for putting out some good quality novelizations of the blockbusters that we all love going to the cinema to see.

With the sheer amount of hype surrounding the new installment of the Planet of the Apes series, how would the book version fare?

Well, I must say that I really enjoyed this one.  The fast pacing yet subtle moments of character work really do a great job of bringing the movie to life on the page.

I wasn't all that familiar with Irvine's writing but here you can see that while he may have am easygoing style to his writing, there is a great approach to making the story really pop.  That's most true on the action set pieces too.  His style really lends itself well to giving the reader a cinematic feel to it and that is sometimes missing from novelizations.  That said Irvine really does a great job of adding some character work and some great behind the scenes moments that really make the characters a bit more of an emotional slant too.

One of the things I really liked was the fact that the original ending is what we are given here and it's completely different to the one in the movie itself.  I can understand why it was changed for the movie itself, which focuses more on the apes than the humans, but this ending that hints at more conflict to come really works well with the rest of the other additional work in the novelization.

All in all, if you have seen the movie itself, this is definitely one of the better novelizations.  The extra moments, as well as the different ending, really add a new layer to the already great story.  If you haven't seen the movie then this is still worth picking up as the story itself is well written, has great pacing and is well written.