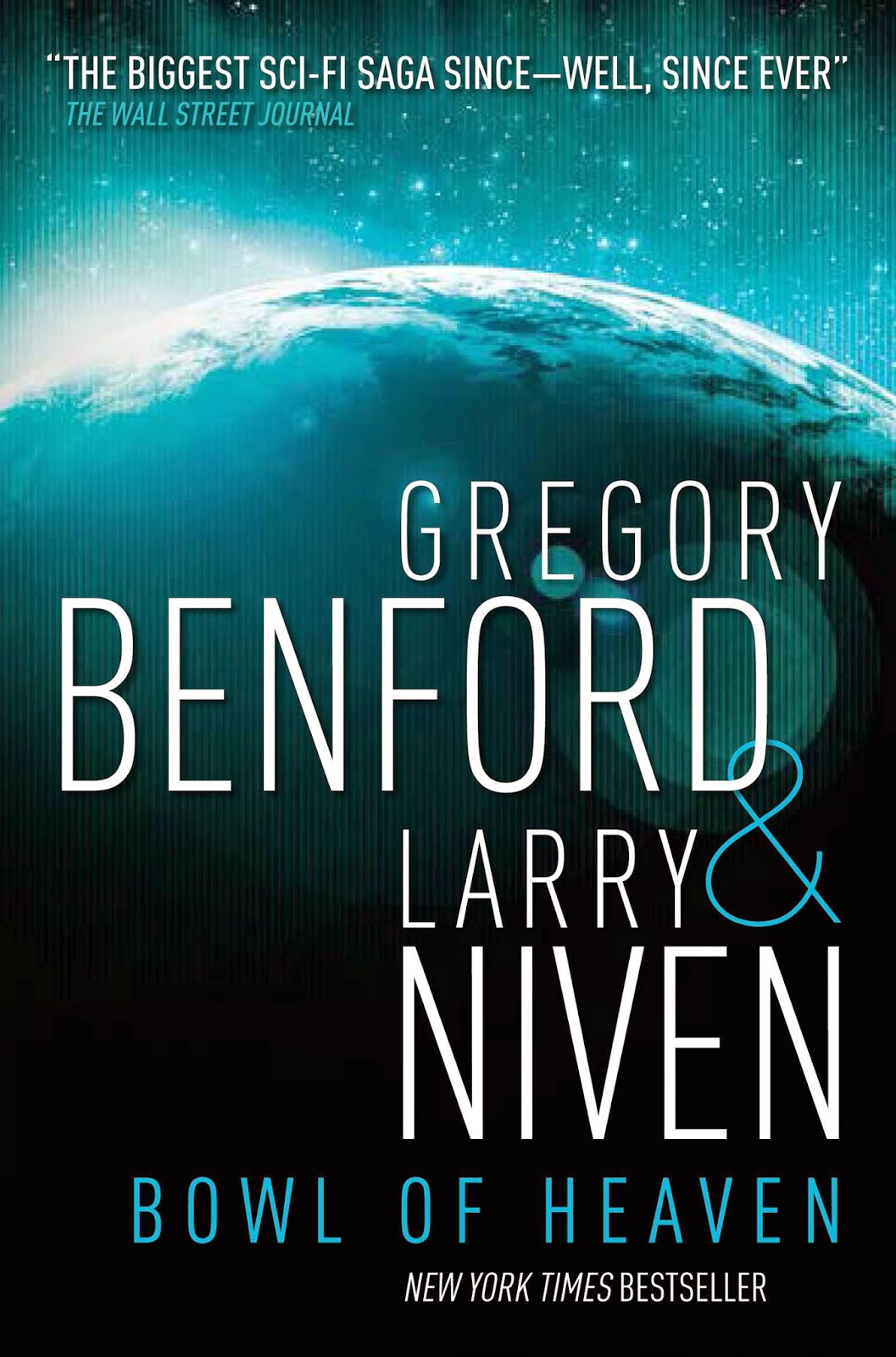 A human expedition into deep space encounters a gigantic artifact—a bowl-shaped object with a star at the center, and a habitable area equivalent to many millions of times the Earth’s surface. A landing party is sent to investigate, and they find a variety of strange, exotic creatures populating the Bowl. The landing party is separated into two groups—one is captured by the alien inhabitants, the other is pursued across the exotic and deadly terrain.

This is the first collaboration between two modern masters of science fiction.


With two names such as Larry Niven and Gregory Benford, a book will live or die by the hype surrounding it.  Niven and Benford are two absolute masters of modern science fiction so I was very excited when I found out I would be reviewing this one.

The one thing that worried me however was just how on Earth, or in this case off of it, could it possibly live up to the high standards set by their solo work?

The story itself isn't the most original that I have ever read but in these legendary science fiction hands, it does have good pacing and some really interesting looks at just what it would mean to have a choice between whether to resign the fate of the species to a fate that seems inescapable or whether to fight with all your strength and intelligence.

For me, the main problem is that while the main part of the story is very well written and there are some great moments during the discovery of the gigantic artifact and after, it's some of the characters that let it down a bit.  To be honest, the human characters are the weakest of the whole group and that's a real shame because we're meant to be emotionally invested in what happens to them yet some of their dialogue just seems to have been pulled straight out of a melodramatic soap opera.  That's a real shame because the overall story and the themes that run through it are incredible interesting and really leaves the reader with some good questions to ask.

The ending really didn't do anything for me as a fan of both writers.  It just kind of felt like it was ambling along and then that was it.  Maybe that's due to the fact that there is apparently a sequel on the way but it just didn't seem to fit in with the rest of the story itself.

All in all, this was a very good story that was slightly let down by some poorly written characters that seemed to tip certain scenes in to melodrama whereas the rest of the book has a good, subtle feeling to it.

Definitely still worth picking up for the science fiction fans in your life.