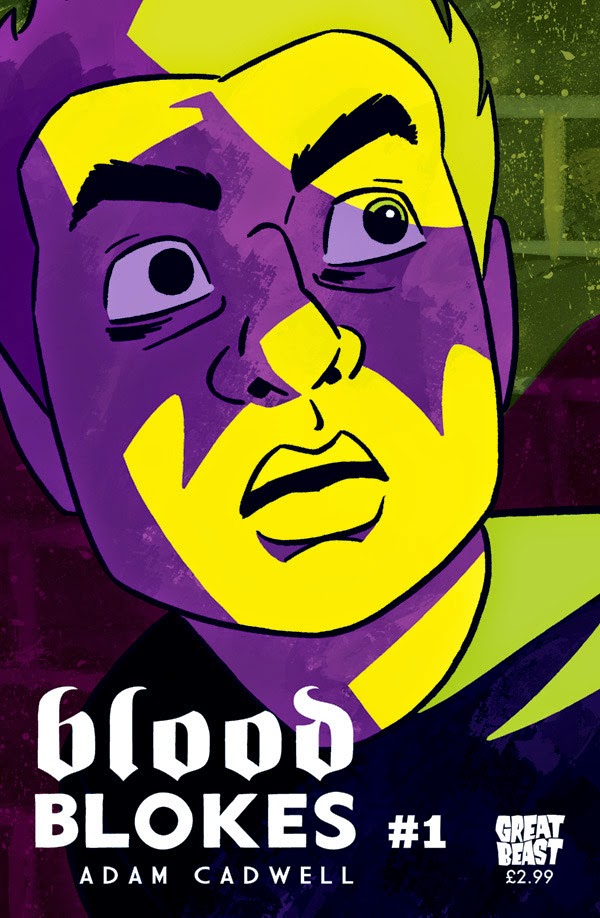 Art and Lettering By
Adam Cadwell


The first issue introduces Vince, a young University drop-out with no ambition, who has the worst and last day of his life, and things only go downhill from there.

The second issue introduces Mike, Douglas and Arianna, three vampires who spend most of their time arguing about the blood buying rota until Mike witnesses a strange death on New Year's Eve which leads them all into even weirder territory. 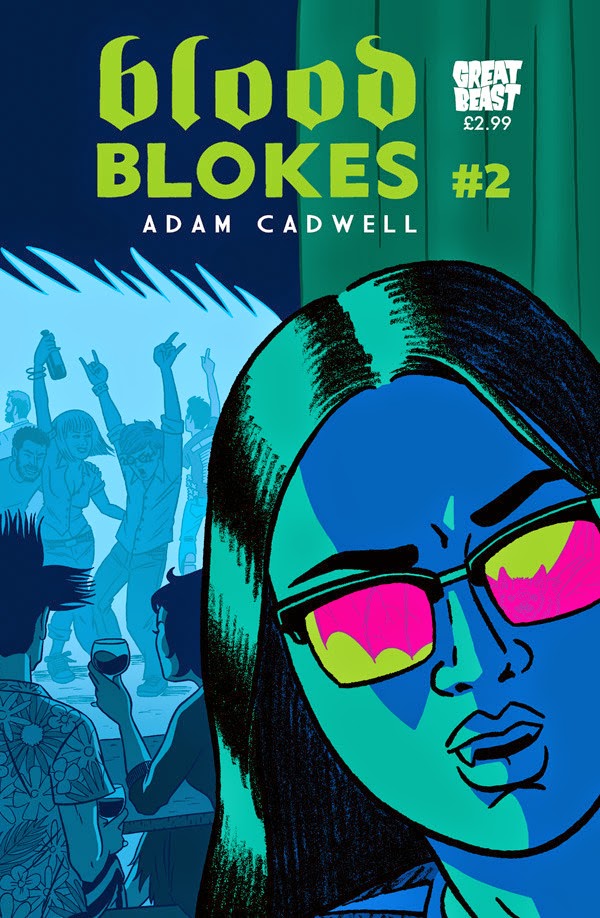 
When I was given the chance to review the four Blood Blokes issues written by Adam Cadwell, I was quite eager to get to read and review them, especially as they were put out by Great Beast Comics.

Great Beast Comics really know how to put out quality titles so there was a lot of expectation from me as a reader.

I figured I would do the reviews in a series of two issues a time and I'm glad I did.  The first two issues do a fabulous job of introducing some of the characters to us and they have really grabbed my interest.  I have to admit that when I read that the main character was going to be a bit of a slacker, I thought it was going to come across as really cliched yet that didn't happen.  We haven't really been given all that much information about Vince yet but there's enough there to wonder what is going to happen to him next.  It's the same with the trio of vampires that are introduced in issue 2.  I loved their bumbling, almost slapstick comic relief.

The story itself is well paced and offers a distinctly British take on the vampire mythology.  There's a bit of a mix of Hammer Horror but also a little bit of a comedic slant to proceedings.  In places, it felt a bit more of a cynical but funny take on 'Being Human' and I absolutely loved that about it.  For example, there's a couple of scenes in a morgue during issue two that had me absolutely howling with laughter.

Art wise, there's quite a stark, indie look to it and that really adds to the feel of the story.  The art adds to the city scapes and I really liked the facial expressions being used instead of over loading the readers with tons of dialogue.  That's always been a downfall to some indie titles but Cadwell doesn't fall in to that trap at all.  There are pages with no dialogue at all but you are gripped through the story by the art being more than capable of being able to hoist the weight of proceedings on to it's well drawn shoulders.

All in all, this is a great pair of issues that really sets the tone for the coming story.  I, for one, will definitely be getting my fangs stuck in to the next two issues to see where Vince gets thrown next.