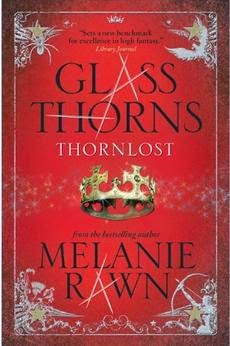 Melanie Rawn returns to her rich high fantasy world in this sequel to Touchstone and Elsewhens.

Cayden is part Elf, part Fae, part human Wizard—and all rebel. His aristocratic mother would have him follow his father to the Royal Court, to make a high-society living off the scraps of kings. But Cade lives and breathes for the theater, and he’s good, very good. He’s a tregetour—a wizard who is both playwright and magicwielder. It is Cade’s power that creates the magic, but a tregetour is useless without a glisker—an elf who can spin out the magic onto the stage, to enchant the audience. And Cade’s glisker, Mieka, is something special too. So is their fettler, Rafe, who controls the magic and keeps them and the audience safe. And their masker, Jeska, who speaks all the lines, is every young girl’s dream.

They are reaching for the highest reaches of society and power, but not the way Cade’s mother thinks they should. They’ll change their world, or die trying.


This is the third book about the magical travelling players Touchstone, set in a world where all the inhabitants have magic bloodlines, centering on their Tregetour Cayden Silversun, whose Fae heritage gives him the ability to see in the future, or possible futures (elsewhens)

Sitting down to read this book was like visiting old friends and having a good old catch up, the characters are just as strong and endearing as they were in the first book, but the author has made ever so subtle changes to their personalities as they have grown and changed in themselves.

The writing style is still very much the same which makes it very easy to pick up from where the last book left off, and the authors skill with descriptions of people places and histories mean that you are immediately dragged into the characters world, which I for one, did not wish to leave.
The use of language is also as enchanting as ever with words that I am still desperately trying to incorporate into everyday conversations!

All in all I have thoroughly enjoyed this book, so much so, that I have forgiven the author for leaving another cliff hanger! I am crossing everything that there will be much more to come!

So again I say, beholden Melanie Rawn, perfection as always.