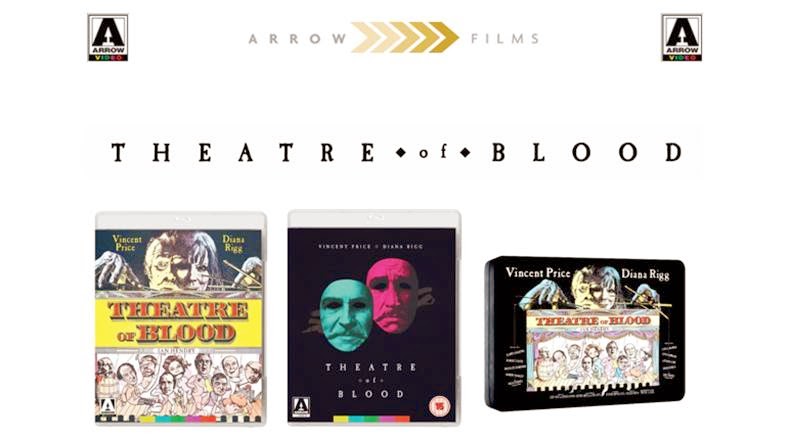 
It's never been tougher to be a critic than in Theatre of Blood, one of the greatest horror comedies of all time. Vincent Price gives a career best performance as Edward Lionhart, a veteran Shakespearean actor who, when passed over for the coveted Critic's Circle award for Best Actor takes deadly revenge on the critics who snubbed him.

With one of the greatest ensemble casts ever assembled for a horror film including Diana Rigg, Harry Andrews, Jack Hawkins and Arthur Lowe, Theatre of Blood is a dementedly funny and deliciously macabre cult classic.


As a gigantic fan of both Vincent Price and his movies, I've always loved to just kick back and watch the master at work.  He always gives incredibly powerful and moving performances so knowing that Theatre of Blood was always regarded as one of Price's personal favorites, I couldn't wait to watch it again.

I must be honest, I hadn't seen the movie in years but could always remember massive chunks of it due to having watching quite a few times growing up.  The one thing that worried me before I put it on to watch was the simple fact that would it have still stood up to repeated viewings over 40 years later?

Of course it did, it's a Vincent Price movie!

The jet black comedy of the movie is as brilliantly incisive and cutting as it was 40 years ago.  There are some great uses of melodramatics, satirical writing and some great moments of class by Price.  It's a shame that this one isn't as well known as it should be.  The best way to think of this one would be in the same vein as the superb Dr Phibes movies but gorier.

For a 1970's horror, there are some utterly brilliant deaths, which let's be honest here, that's what us horror fans are here for.  Punctuated by some truly inspired Shakespearean quotes and set pieces, the movie straddles the fine line between horror and comedy in a fantastically memorable way.

I can honestly say that it's easy to see why Price liked this performance so much.  The minute that he appears on screen, you just can't take your eyes off him.  Getting to see him ham it up and even go in to scenes from the Bard's plays while murdering people is great fun.

The transfer here is brilliantly clear considering the age of the movie.  There are a couple of minor bits here and there where the movie shows its age a little but nothing too distracting.  However, it's the sound that really does the movie justice.  The music is loud and clear, alongside the sound effects, and really immerses you in the movie itself.

Special Features wise, Arrow Films have once again really treated us fans to some real gems.  I mean, what other movie would you find a commentary by the cast of League of Gentlemen?  The behind the scenes moments here really get you in to how they made the movie and just how much fun it looked to have made it.  My personal favorite was the look at the music of the movie itself.  I've always been a fan of seeing the story of the music used in a movie and this one was wonderfully interesting.

If you are a Vincent Price fan, this definitely belongs in your collection.  In fact, it should take pride of place.

Posted by Pat Scattergood at 13:15