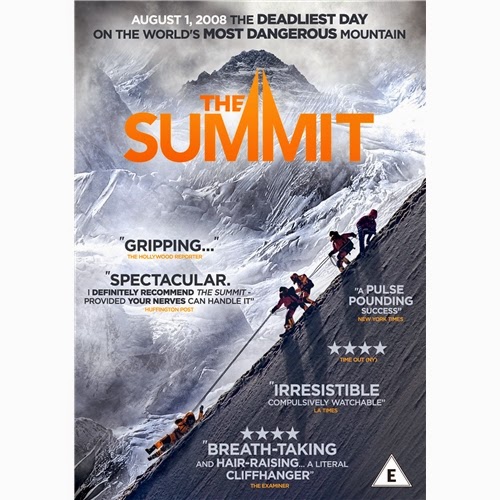 Documentary about the ill-fated mountaineering expedition to the summit of K2 where eleven climbers lost their lives in 2008. Although K2 is behind Mount Everest in terms of height, the peak is still considered the more challenging climb due to the unpredictable and arduous nature of its terrain and its regular extreme storms.

Film-maker Nick Ryan interviews the survivors of the 2008 expedition and together with footage recorded on the mountain we are offered an insight into the great difficulties experienced and suggestions as to the reasons behind the eleven lost lives.


I've seen a great many documentaries since I started blogging my random and hopefully interesting reviews.  Some have been truly touching and fantastic.  Others, well others not so much.

The subject of this one is an ill-fated exhibition to the summit of the mountain known as K2.  Sadly that day, eleven climbers lost their lives so a documentary about such a subject would have to be very gently handled without trying to make everyone seem perfect and tragic.

That's a hard ask for a documentary where real people have died and at the same time, it makes the whole thing quite hard to watch because you know that some of the people in the mountainside footage would sadly be no longer alive.  For me, that gave the documentary quite an uneasy feeling, both in a good and bad way.

One of the things that struck me about the documentary is that it's told in both footage shot by the climbers themselves but also in interviews and dramatized sections too.  That to me made proceedings feel a little bit disjointed, almost as if the filmmakers didn't know exactly which style they wanted to go for so they went for all three instead.

That said, the whole documentary itself really raises some rather interesting questions about bravery, the unwritten rules of climbing and even of the human spirit itself.  One of the things that struck me the most about the story was that it didn't try to sugar coat any of the survivors reasons or decisions.  You know that they have had to live with their decisions and that is shown here.  Some think that the right decisions were made that day and some don't.  The ingenious part of it all is that it doesn't try to force blame on any person, instead telling the story from all possible sides.

One of the most haunting parts for me was near the end where the widow of one of the climbers makes a really haunting and blunt comment that really makes a good point of how people outside of the climbing world see judgement for what happened that day.

While not the best look at mountaineering that I have ever seen, it's still up there with some of the ones that are well worth checking out.