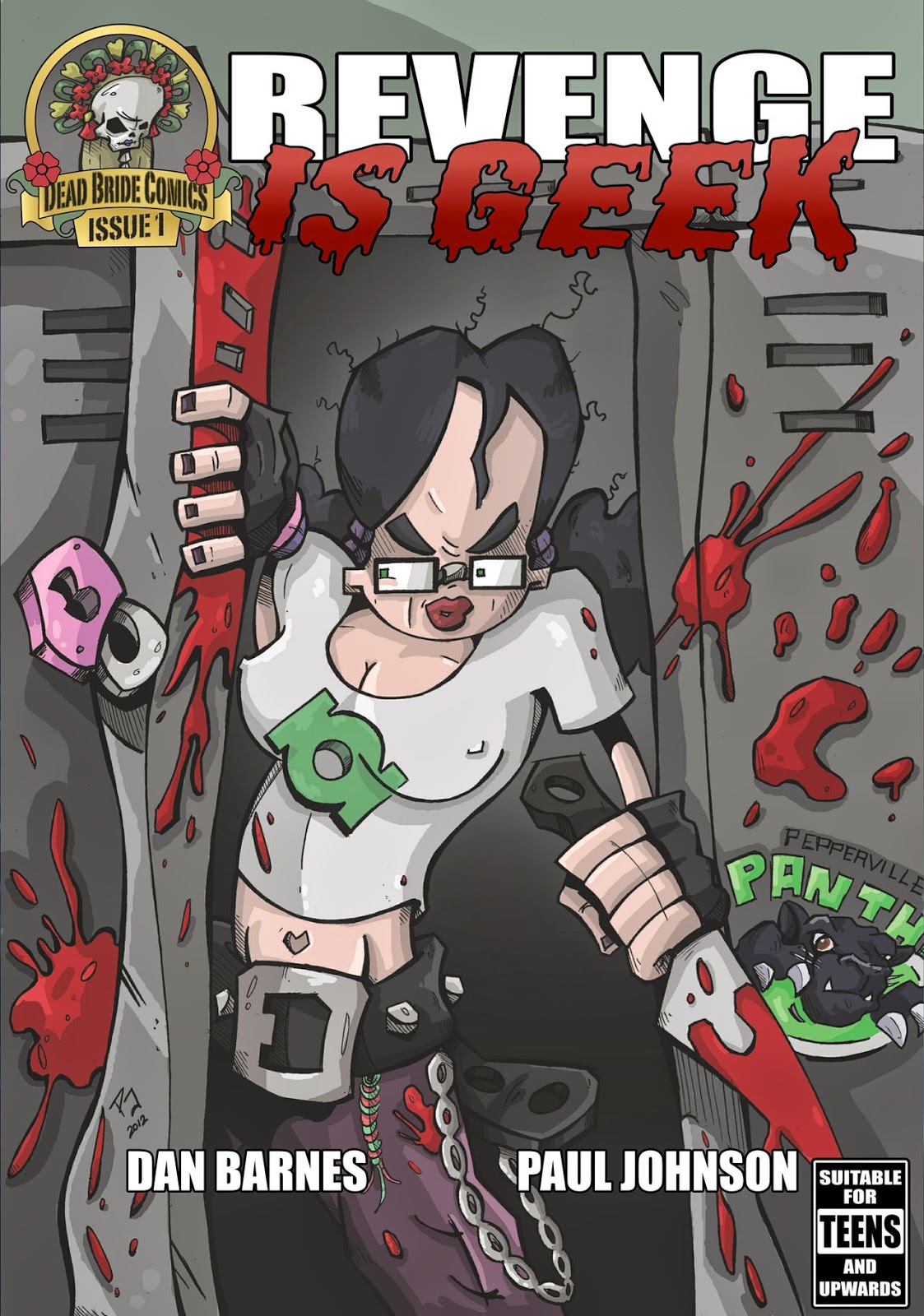 Art and Cover By
Paul Johnson


Prudence Page isn't any ordinary girl, she's a geek! One thing you should never do is cross a geek. The popular kids of Pepperville High conspire to humiliate Prudence, but something goes horribly wrong. Leaving Prudence with only one thing on her mind Revenge!


I've always been a bit of a sucker for stories set in high school.  It doesn't matter whether it's horror, dark comedies such as 'Heathers' or even the coming of age dramas such as 'The Breakfast Club'.  When I saw this title, I was intrigued.

When I started to read it, I was immediately hooked in.  The beginning of the story starts with the main character, Prudence Page, embarking on a killing spree with a knife before you get thrust back in time to see just how the bloodbath begun.  There are some superb set pieces throughout the issue with a darkly comedic and bleak slant to it.  I did really enjoy the cliffhanger style ending, which was effective at making me want to read the second issue.

Paul Johnson has a wonderfully distinctive style that works really well with the story here, his cartoon style makes the violence and humor really pop off the page.  The fact that brings out the slapstick element in the humor really works well.

As a first issue, Revenge is Geek does a fantastic job of introducing the characters, bringing the funny moments thick and fast and the art really brings the story to the forefront.  It also sets the groundwork for the second issue in such a way that you can't wait to see more of the story.  I, for one, will definitely be in line to grab mine.