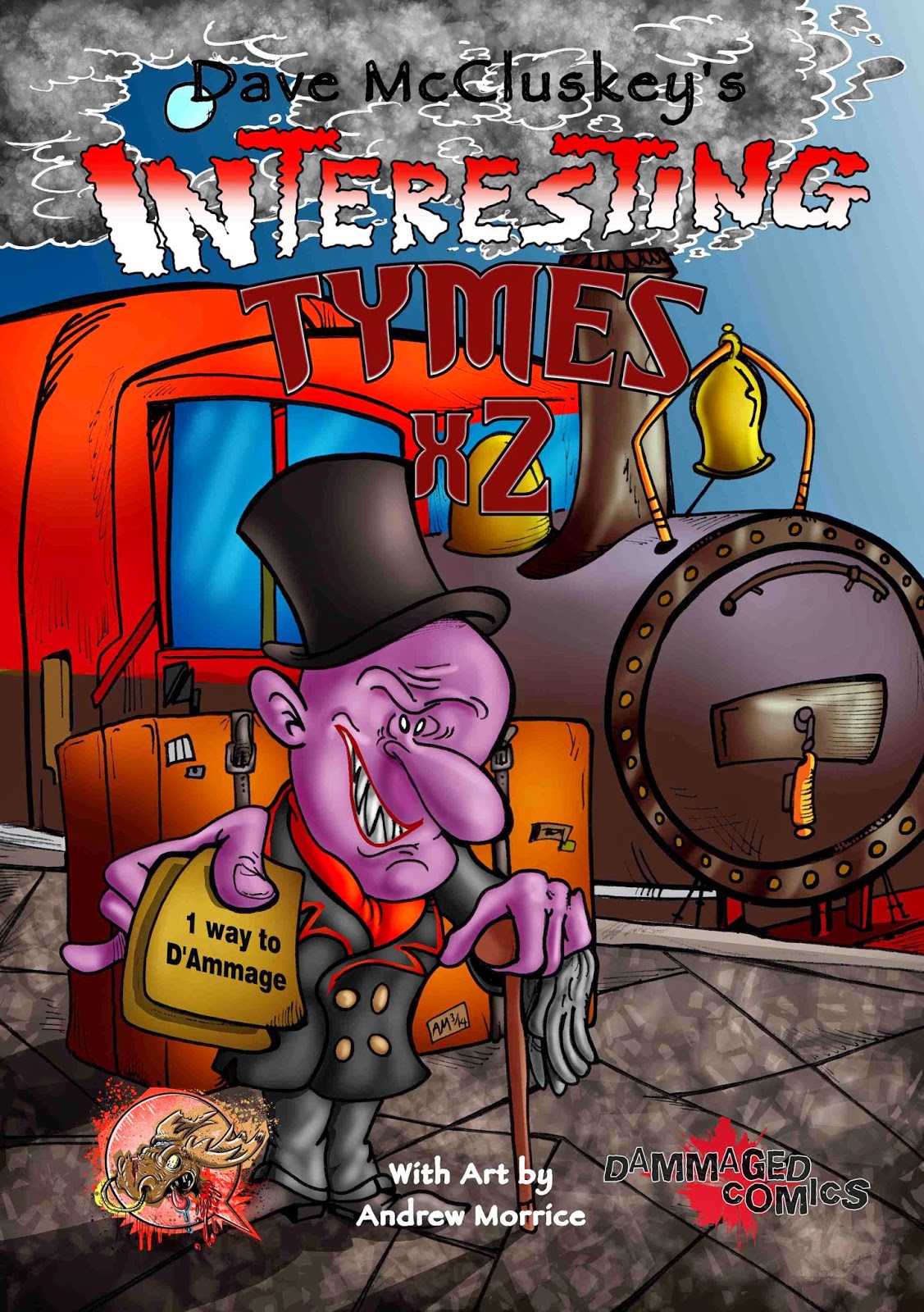 
Interesting Tymes X2 follows the further adventures of Edward D'Ammarge. Join him on a fun and fright filled adventure on a most uncomfortable train journey.

Delight in the tales Edward will spin between stations.

Find out just how much one man loves his girlfriend, see what can happen when you pick up a hitchhiker, marvel at the rock and roll antics of top heavy metal band The Glampires, be astounded at the trouble one bored little girl can rouse in an afternoon, gasp at the antics on a top ghoulish TV show, and then relax with the boys as they go on a stress buster two day holiday in an old cottage!!!


After the massively enjoyable first edition of 'Interesting Tymes' by the duo of David McCluskey and Andrew Morrice, I honestly couldn't wait to see where the obviously Roald Dahl inspired tales were going to be taken next.

Normally with anthology collections such as this one, there will nearly always be a tale or two that you kind of want to skip because they don't grip you in like the others but that didn't happen in the first 'Interesting Tymes'.  Instead that was a level read with some great stories, artwork and some absolutely hilarious moments too.

I was wondering how they would keep that quality up but at the same time not rehash the same sorts of ideas, an ending that befalls so many sequels or follow ups.

Well, when I read this one I noticed one big difference.  While they have kept the Roald Dahl influence, thankfully, they've gone a bit more of a darker and more cynical edge for some of the stories.  The best way to describe the change would be that it's a bit like Roald Dahl presenting 'Tales from the Crypt' but with a sarcastic tone.

There are some truly outstanding stories here and really show the growth and confidence of the duo working on this second collection.  One of the things that I liked was the fact that under the horror and comedy parts, there were some absolutely gorgeous moments, especially in the first love tinged story in the collection.

Art wise, once again Andrew Morrice handles the stories with a sly wink to the old stories in the Beano and Dandy comics that we loved growing up all while adding a little bit of a Quentin Blake feeling to proceedings while keeping it's own unique voice.

After reading this one and finding it even better than the first collection, I've come away really hoping that there will be a third installment.  However, that begs one question.  How will they top this one?