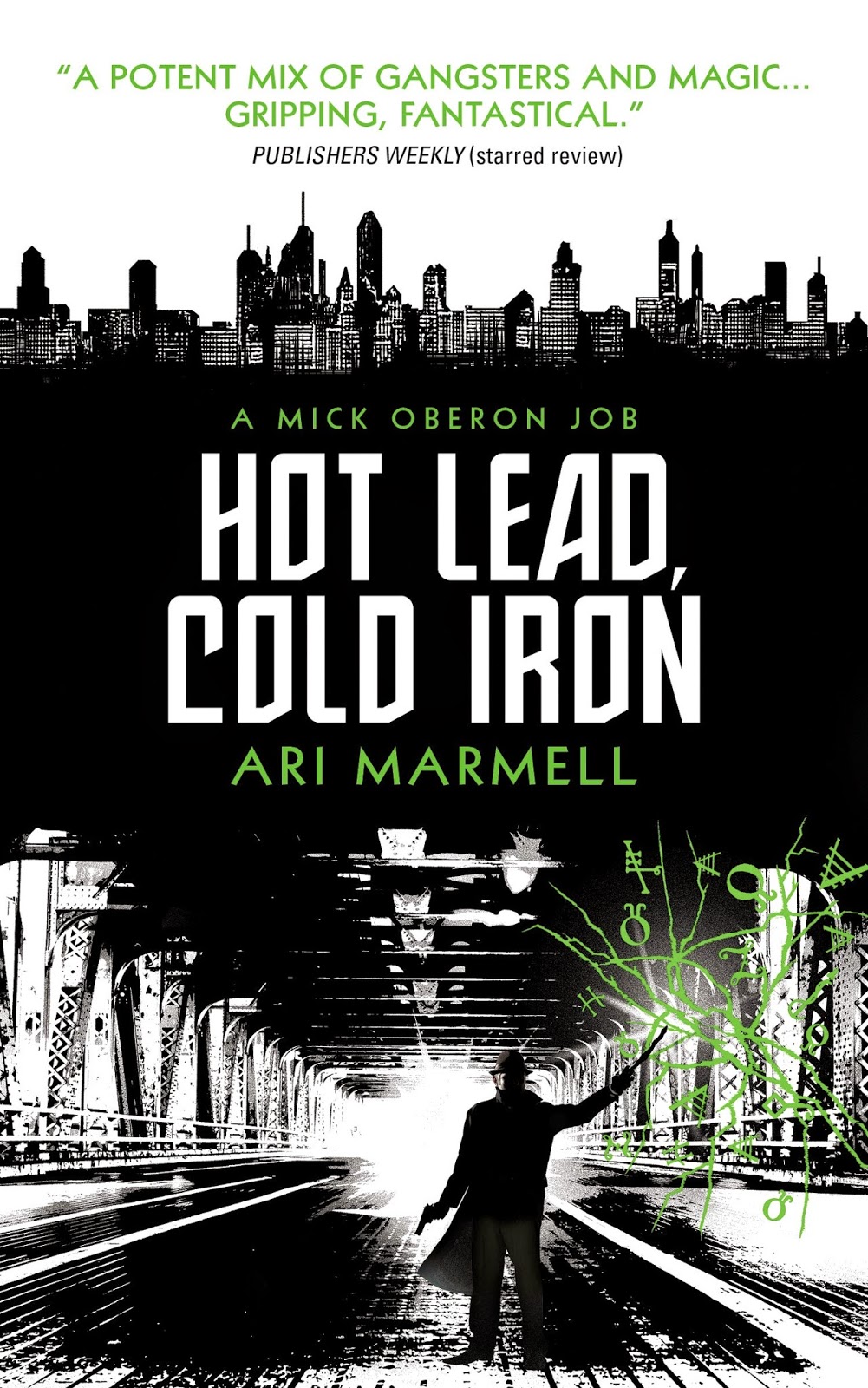 
Mike Oberon may look like just another 1930's private detective, but beneath the fedora and the overcoat, he's got pointy ears and he's packing a wand.

Among the last in a line of aristocratic Fae, Mick turned his back on his kind and their Court a long time ago.  But when he's hired to find a gangster's daughter sixteen years after she was replaced with a changeling, the trail leads Mick from Chicago's criminal underworld to the hidden Otherworld, where he'll have to wade through Fae politics and mob power struggles to find the kidnapper and solve the case.


I have to admit something here.  When I read that this book was going to combine the good ol' fashioned gumshoe detective with the fantasy genre, I didn't think it would work at all.  That said, I was at least intrigued enough to give it a shot and see just how this one would pan out.

Well, I'm glad I did.  Here Marmell has crafted a great detective story that really harks back to the old black and white movies starring people like Humphrey Bogart and James Cagney that some of us older readers love so much.  The character of Mike Oberon is written so well and with such an authentic tint to him that you could even imagine him in one of those movies.  The fact that he has pointy ears and a wand is treated almost as if that was completely normal and that approach works superbly well.

Whenever he uses his Fae strengths or skills, it's written so well that it doesn't feel at all out of place in the detective side of things.  I was a bit worried that mixing the two types of story would create nothing but a disjointed story with a bit of an identity problem but that's not the case here.  Oberon's voice sings out loud and proud through the story and really creates a memorable character in amongst some really well written characters that lurk in the background of the tale.

The best way to describe this one would be that it is indeed an urban fantasy but to leave it as just that label would be a vast injustice to the writing here that Marmell has done.  There are glimpses of classic movies, well placed twists and turns, very memorable characters and a case that wouldn't feel out of place coming from a classic Hollywood movie studio.  It manages all of these while throwing in some superb fantasy moments that really raise the novel heads and shoulders above a lot of the other urban fantasy books out there.

The only thing that I would say works against it is that there are a couple of minor moments where the story seems to get stuck in a corner and that's when the fantasy element gets overused slightly but not in a distracting way.  It just felt a tiny little bit out of place.

All in all, Ari Marmell has written an absolutely brilliant mash up novel that mixes loads of different styles yet manages to make them all mesh so well that I was actually sorry when the book ended.  I also have to say that I am absolutely in love with the gorgeous cover.  It's the sort of cover that would make me want to pick the book up and take it to the counter straight away.