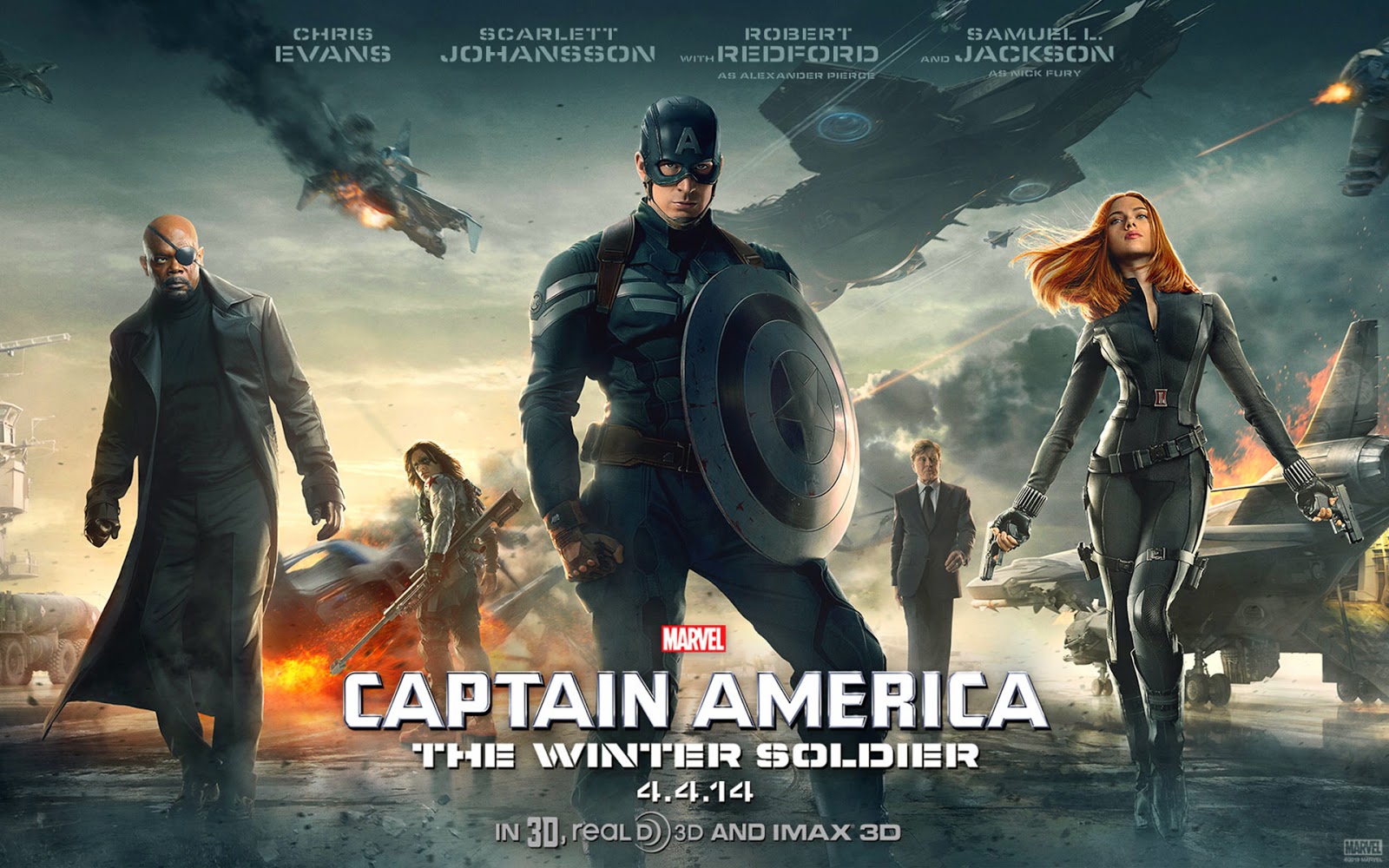 
Steve Rogers, better known to the world as Captain America, struggles to get back to normal in the modern world and to accept his role in the growing organization known as S.H.I.E.L.D. but when a threat from the past known as the Winter Soldier surfaces, just what will Rogers be able to believe in?


While a good origin story, I still felt that 'Captain America: The First Avenger' was missing a little something.  Don't get me wrong, it was a great way to get Captain America back in to the cinematic Marvel universe and they really juggled the back story and the modern scenes brilliantly well.  They then followed that up with the superb 'The Avengers' movie.

That left me wondering just where they were going to take the character next.  That's when they announced that they would be adapting the superb 'Winter Soldier' storyline by Ed Brubaker, which is one of my favorite story arcs featuring Captain America.  I have to admit that I was a bit worried that some of the multiple layers created by Brubaker may be lost in the action on the screen.

Here, we have been given the best adaptation of a Marvel story that I have seen in a long time yet it manages to do something strange.  We have the action packed, explosive scenes that us comic book fans have grown to love yet this is also a deeply personal movie.  We get to see in to the psyche of Rogers, see more of his personality in the exchanges with Romanoff and even see him some fragility in his scenes with the Winter Soldier himself.

That's the sort of movie making that really makes the superhero genre raise it's heads and shoulders above what some may see as just balls to the wall action movies.  I loved the fact that the characters weren't perfect, they made mistakes but then you got to see the aftermath of everything that happens to them.  They don't just shake it off as if it never happened.

Cast wise, I would honestly say that while it is crammed full of characters, the cast do an absolutely brilliant job of making each one memorable.  One of my favorites was Robert Redford as Pierce.  He really gave his scenes, especially those alongside Samuel L. Jackson as Nick Fury, a sense of gravitas.  However this is definitely the Steve Rogers show.  Chris Evans not only improves on his stellar performances in the first Captain America movie and that in 'The Avengers' but expands on it.  That's especially true in the scenes involving Romanoff, played by Johansson and with the Winter Soldier, played by Stan.

After hearing that Falcon was going to be involved in the movie, I have to admit that I wasn't sure just how they would get him in to the movie without him seeming like he was there just to make up the numbers.  That said, Mackie gives a brilliant performance here and more than holds his own alongside Evans.  On the strength of the ending, I get the feeling that we've not seen the end of the character by far.

All in all, this is definitely one of the best movies in the Marvel canon.  I was completely hooked all the way through and really think that they did a stellar job of adapting one of the best Captain America stories of the modern age.  The sense of urgency and gravitas that run through the entire movie really make this one well worth checking out, especially for all the nods of characters that could be making appearances in the next set of Marvel movies.  Roll on 'Age of Ultron', you've got a lot to live up to after this one.

Posted by Pat Scattergood at 04:42