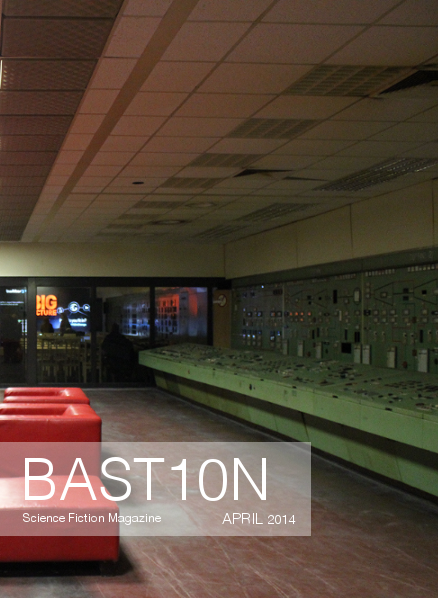 Written By
'That World Up There' By Kurt Bachard
'The Dead Channel' By David Galef
'The Trial of Avery Froelich' By Eric J. Hilderman
'The Last Repairman' By David Austin
'The Dreamcatcher' By M. Justine Gerard
'The Crystal Forest' By Kurt Heinrich Hyatt
'Lighthouse to the Depths' By Nicholas Mazmanian
'Shale' By David Jack Sorensen
'Shock' By Samuel Marzioli


Bastion Science Fiction Magazine publishes original short stories on the first of every month.  This monthly anthology looks to showcase some of the best talent in the science fiction world today.

The problem with anthology magazines is that they can sometimes either be massively hit and miss or sometimes even be a vanity project for the people making it.  That is most certainly not the case here.  We have a great level of quality that flows through the entire magazine.

I always used to love the old magazines you could buy that would have loads of short stories by authors that you may not have heard of before.  Nine times out of ten, you would find a gem of a story that would then turn you in to a fan of that writer.  We don't seem to get many titles that do that these days.  Here, the first issue of 'Bastion' tries to recreate that feeling with a series of science fiction tales but does it succeed.

If I'm completely honest, it does.  The whole thing really recreated that feeling of child like joy I would get sitting up in my room in the dead of night reading story after story.  That was helped by the simple fact that each writer here has their own distinctive voice and style.  One of the downfalls of an anthology is that the stories can sometimes merge in to one but that's not the case here.  With each story being so different, I get to use the old chestnut of there's something for everybody because it's true.  There really are many different takes on what a science fiction story should be here that whatever your poison, you'll find a story that will hook you in.

If the other issues are going to be this varied, this level of quality then I, for one, am going to be keeping a very close eye on this new addition to the science fiction world.