Where the Witches Lurk Issue 5 Review 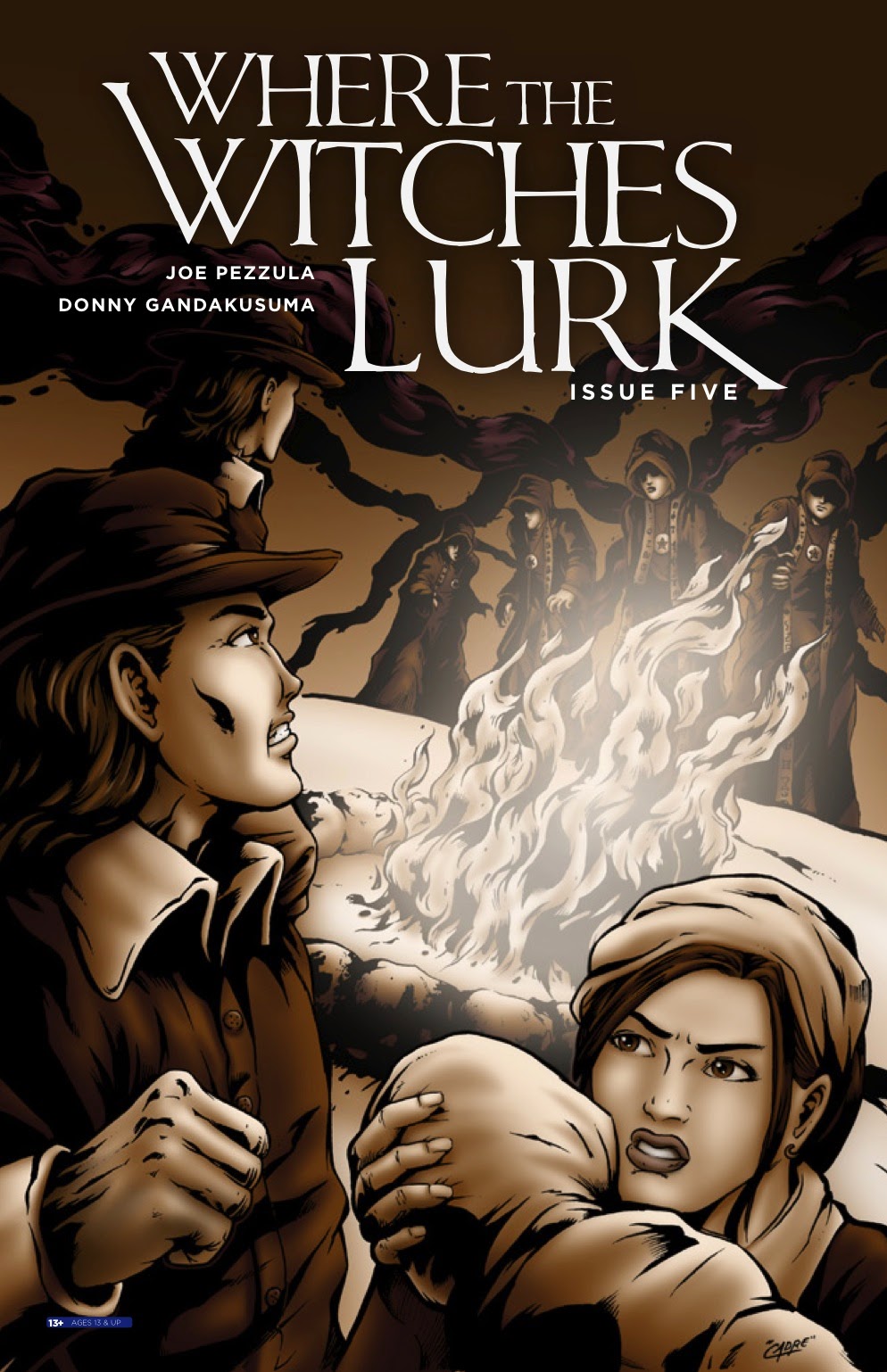 
Gina and Tina manage to avoid the police while learning more about the Dark Witch.

During his investigation into a mysterious apothecary, LaMontagne, was unable to stop the death of the Sheriff.  Fordyce, possessed by the Dark Witch, has arrested LaMontagne and asserted his power over the town's police force.

The man known as Smythe has disappeared.   LaMontagne is in prison.

Before Tina and Gina fight the Dark Witch, they first must hear the tale of her birth through Sarah's memories in...


The first four issues of 'Where the Witches Lurk' have been a great series thus far and have been incredibly successful in not only creating a world full of dread and creepiness but also characters that have an air of mystery to them.  This is strengthened by the way that Pezzula shows a little bit more of the characters back story.  He seems to be adept at choosing the right time to show the readers a little bit more of the history that pushes the story along.

With the feeling of dread building with each passing issue, I was wondering where the team would be taking this issue.  Would we be jumping straight in to the action or would we be getting a bit of the back story?  Well, the team have gone the back story route and have crafted a well paced and thought out look at how the whole situation came about but have done so all while still keeping the feeling of mystery around the story itself.  We get to see some of Sarah's past and that really makes the character stronger and much more rounded.  In fact, I would even go so far as to say I am excited to see more of her.

Another thing I liked was the fact that while a lot of this issue was taken up with Sarah's memories, when it did jump back in to the recent day, the story didn't make it feel disjointed at all.  That's down to not only the exciting writing by Pezzula but also to the art that both makes the two moments in the book look completely different yet bridges the two time periods well.

If you have been reading this series then you will know how much I have enjoyed the first four issues in this series and this one is no exception.  The addition to the back story of a couple of the characters has been chosen really well.  That added another layer to the story and to the happenings in this issue.  I can't wait to see just what the trio are going to be walking in to in the next installment and also to see how their father is going to be involved.