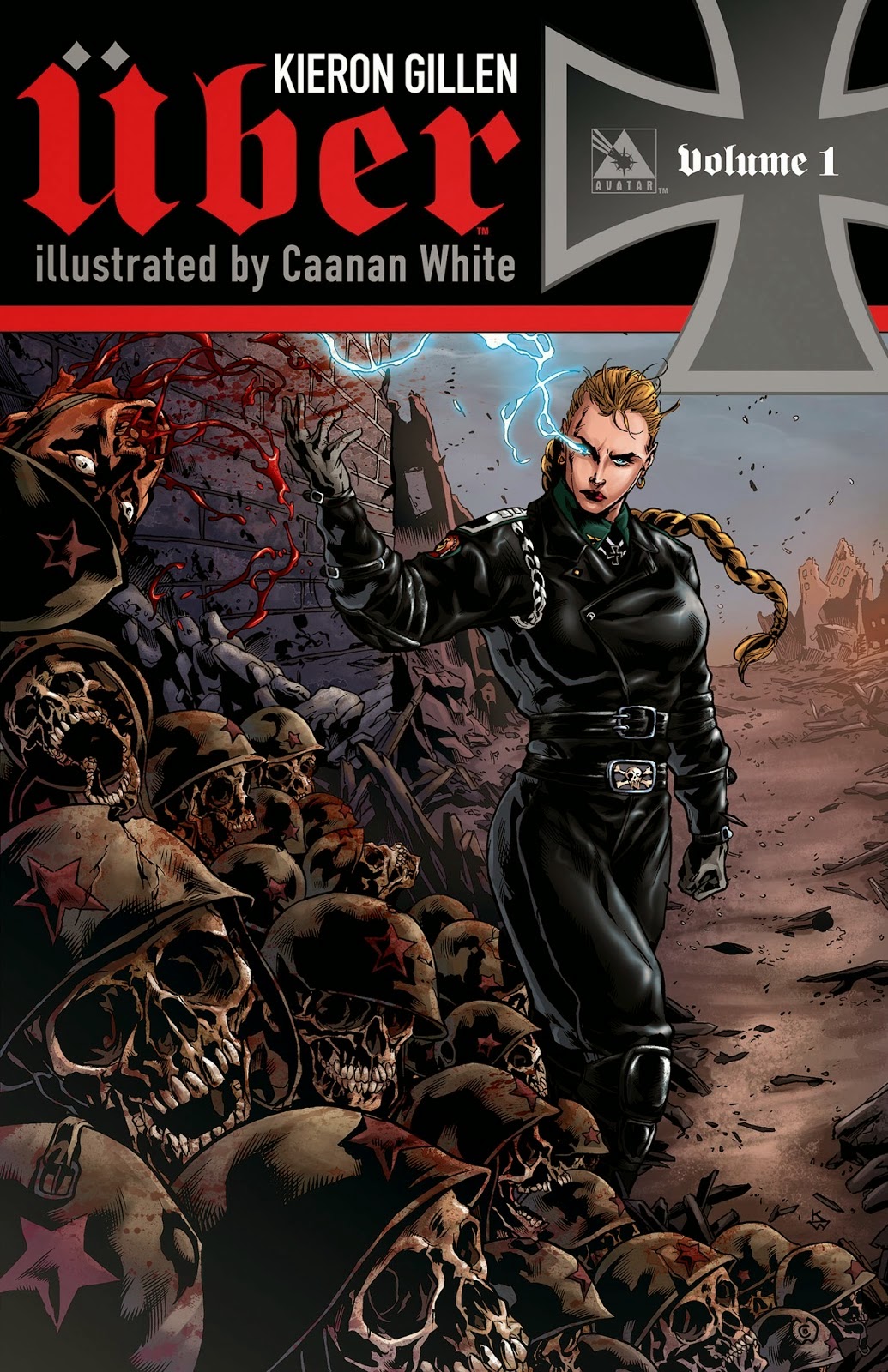 1945.  The war is within days of its end.  All Hitler's mad promises of wonder-weapons and victory from the ashes have thankfully come to nothing.  The world holds it breath, counting seconds until this can be over...

The emergence of Nazi superhumans changes everything.  Uber charts this horrific third-act for World War 2, presenting a dark and uncompromising alternate history with superhumans explored in a way unlike any you've seen before.


I am a massive fan of titles that portray an alternate history of various events and world changing events.  I've read stories ranging from the what if style of stories that deal with scenario's such as Hitler actually winning the Second World War and even if the World War's never happened.

Here we get a rather different take on the Second World War.  What if Hitler knew that he was going to lost the war and then unleashed a team of genetically altered humans that have been turned in to little more than human tanks that can cause untold distruction and death.

At first the idea behind the story seemed a little out there but at the same time, was different enough to get me to get right in to reading it.  The one thing that stuck at the back of my mind was that whether or not the story would flow well or would be come across as a little too silly and disjointed.

I must admit that as different as the synopsis makes this story sound, the team do a truly fantastic job of making it seem completely at home in the World War 2 setting.  In fact, it seems completely normal that the Nazi experiments succeeded, albeit taken a bit to the extreme side of things.

The story itself, is quickly paced and really hooks you in to the surroundings and thematic moments.  You really get a feel of claustrophobia and fear that runs through the story and that runs brilliantly next to the more science fiction based moments that pop up here and there.  You'd think that it may come across as a little disjointed yet it doesn't.  That's down to the intelligent writing and the good pacing.

Characters wise, you don't really get a whole load of character building but at the same time you don't really need it.  A lot of the characters here are historical characters that we have all been taught about such as Hitler himself and Winston Churchill.  There are some great moments where these characters interact with the characters created specifically for the story and that really works well.  One of the best moments that I saw in the graphic novel was the twist and rather twisted ending involving one of the last hopes for the Allies and even a heartfelt and touching end scene featuring Churchill himself.

The art here is absolutely superb.  The sheer amount of detailing here really made me want to look at each and every panel in detail.  That really bursts out of the panels in the battle scenes with it's blood, guts, gore and viscera that we saw result from the violence.  It's definitely not a title for the faint of heart.  I'd not heard a lot about Caanan White other than people were raving about White's work on this series.  It's really easy to see why so many people were blown away because of the sheer quality of the art here.

All in all, this is definitely a title well worth picking up.  It's fast paced, gory and well written along with some truly brilliant artwork so what's there to not love?