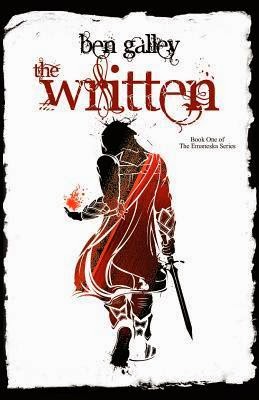 
His name is Farden.
They whisper that he’s dangerous.
Dangerous is only the half of it.

Something has gone missing from the libraries of Arfell. Something very old, and something very powerful. Five scholars are now dead, a country is once again on the brink of war, and the magick council is running out of time and options.

Entangled in a web of lies and politics and dragged halfway across icy Emaneska and back, Farden must unearth a secret even he doesn’t want to know, a secret that will shake the foundations of his world. Dragons, drugs, magick, death, and the deepest of betrayals await.


When I saw the cover of this book, a man with a sword in one hand and a fireball in the other either walking into or away from battle, I knew I just had to grab a copy of it and jump straight in to reading it.

I was definitely not disappointed either.

Sometimes a cover can make or break a fantasy novel.  A great book can be sidelined by an awful cover or you can end up picking up a book because it has a great cover but turns out to be awful.  That's not the case here.  This is a book that not only has a superb cover but has a story to match the quality of that.

There are so many great ideas here and considering that this was his debut book, it is a superbly written story with some incredibly memorable characters.  One of the ideas that I really liked was that the powers would come from tattoos.

I also enjoyed how the story was told from the viewpoint of Farden.  He's a bad tempered, almost anti-hero like character with complex tattoos that tie in with his skills.  You might think that having an anti-hero in a fantasy story isn't a new idea but Galley's intelligent and well paced writing really has you wanting to get in to his head and find out where he is going in his personal quest.  One of the strengths of the character was that he didn't seem to fall in to any type of stereotype.  He wasn't perfect, the character made mistakes and there were times where it felt like he really didn't care for the other characters at all yet there was an air of mystery to Farden that made me want to read more of the character.

The introduction of a vampire character along with a lycan character for some reason didn't gel fully for me at first yet by the end of the story, they'd developed nicely.  Also another part of the story involving a banned substance creating a barrier for his powers seemed a little out of left field but was an interesting idea.

All in all, while not a perfect debut, 'The Written' is still an interesting and well written fantasy novel with some interesting ideas.  After reading this, I would definitely be up for picking up some more of Galley's books so get on out there and get your hands on this one.