The Revenant of Thraxton Hall Review 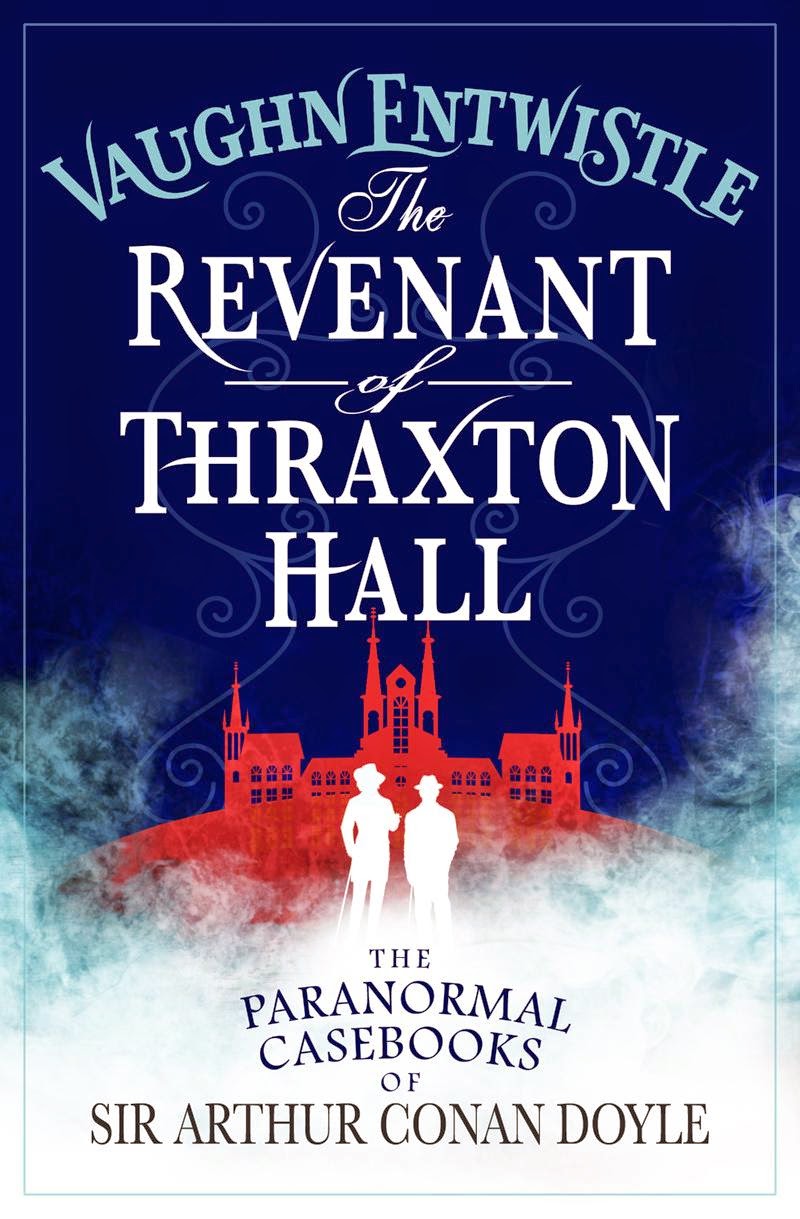 
It is 1894, and Arthur Conan Doyle has just killed off Sherlock Holmes, making him the most hated man in London.  So when he is contacted by a respected medium and asked to investigate a murder, he jumps at the chance to leave the city.

But the murder has not yet occurred - the medium, Hope Thraxton, has foreseen that she will die at a seance of the Society for Psychical Research, to be held at her manor house in the Lancashire countryside.

Along for the ride is Conan Doyle's good friend Oscar Wilde, and together they work to narrow down the list of suspects, which includes a mysterious foreign Count, a levitating magician, and an irritable old woman with a monkey familiar.

Meanwhile, Conan Doyle is enchanted by the plight of the capricious Hope Thraxton, who may not be quite what she seems.

A curse hangs over the Thraxton family, and the two friends are running out of time, as the clock ticks ever closer to Hope's murder.


As a major league fan of both Sherlock Holmes and Sir Arthur Conan Doyle, I love reading pretty much anything to do with the characters that Doyle created or with the background of the novels as well.

When I read that Titan Books were going to put out a book about Sir Arthur Conan Doyle solving crimes of a paranormal nature himself, I was excited as a fan of the man himself.  How would they fit in the things that we love about his writing, his life and other such things, in to a fictional world?

Well, it looks like the question was answered with ease.  They kept all the things we love about that legendary figure and crafted a fantastic and interesting novel full of twists and turns that the man himself would have been proud of.

I wasn't familiar with Vaughn Entwistle's work before I read this book so I went in to it with a completely open mind.  With a subtitle like 'The Paranormal Casebooks of Sir Arthur Conan Doyle', you expect some spooky and creepy going on's and you are not disappointed in the slightest.  There are so many moments in this novel that both read like a paranormal and also as a classic detective story in the Holmes style.  Normally I would have thought that those two things wouldn't have gelled but they do here thanks to the intelligent writing by Entwistle.

Another thing I liked was the bold and wonderful decision to team with Doyle with the equally as legendary Oscar Wilde.  On paper that may seem like a strange pairing for a story but it works superbly well here and the interplay between the two comes across as realistic and well thought out.  The way they work together to try and solve the case really feels like it would be a great episode of a television series or even as a movie.  Hell, I'd watch it if that ever happened.

If you are looking for an interesting, well paced and well thought out detective story with a paranormal edge to it then you could do a hell of a lot worse than this one.  If you are a Doyle fan or just a fan of the Sherlock stories then you should pick this rather interesting book up.