The Art of Plants vs. Zombies Review 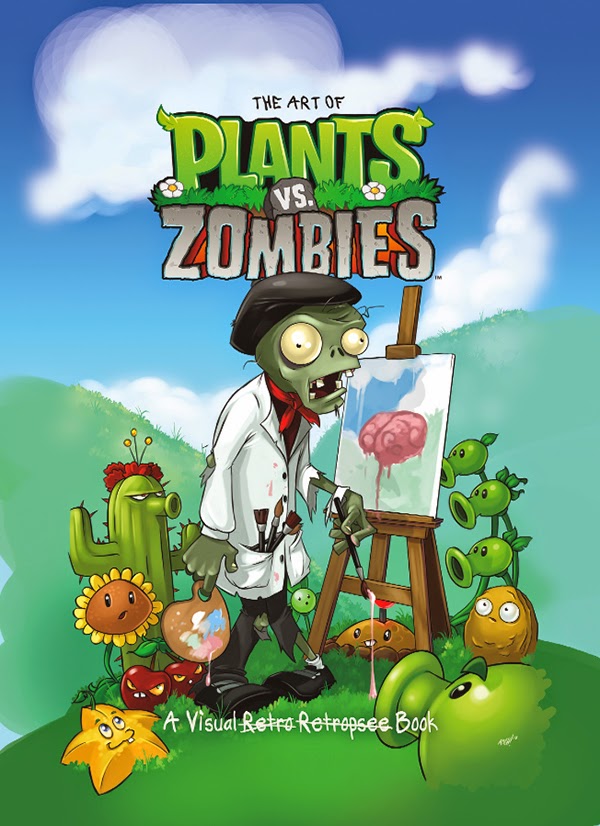 
Get the story of the mulchifying super hit Plants vs. Zombies from the zombies' point of view!

It's a must-have for any fan and an insider's view of zombies with some Wall-nutty surprises and never-before-seen awesome art. Even Crazy Dave wants a copy - if only to learn more about his fun-dead foes!

I must admit that I wasn't all that sure what to make of this book before I started reading it.  I hadn't read any of the tie in stuff that Dark Horse had done for the game itself not had I played the games either.  I saw the book however and figured it looked interesting enough to get at least a read and so the rest is history.

This book is part concept art book and part zombie memoir as the synopsis says so I thought that might make it a little different compared to the other 'the art of...' books that I have reviewed recently.  I have to admit that I came away from this one a little disappointed.

The writers really have tried hard to make an interesting and quite frankly different take on the normal concept art books that I read and for that I commend them but it kind of came across as feeling a little bit thin on the ground so to speak.  There are some great moments and I have to admit that the art here is fantastic.  Hell, it's made me want to check out the game itself but for the most part, it feels a little bit like a joke told at the wrong time and for too long.

I know that seems a little harsh but, despite the book being relatively short, it felt overlong for what there is inside.  That's a real shame because on paper, this one sounds really interesting and different.

On the plus side, I did like the fact that you could read the book as if the zombies themselves had written it.  This raised some really funny moments and I liked the fact that because of the zombies not being smart, they kept some of the spelling errors in.  I also liked how they kept celebrating the grand total of one victory that they have had.

The rejected titles were interesting and so was the art.  As readers of this site know, I love a bit of a concept art and there are loads of great pictures here.  I would have liked to see a little bit more of 'Crazy Dave' but seeing as this was written by the zombies, that may not have made a lot of sense.

All in all, this is a fun book but for me the joke overstayed it's welcome a little bit.  That said, the art is brilliant so that and the fact it's told from the zombies point of view despite being an art book make it worth picking up for the fans of the game out there.